The most common question I heard after the new iPad launch wasn’t about the retina display, or how I liked the camera. People didn’t ask which games were the best, or how fast it was. The number one thing people wanted to know was whether they should upgrade their iPad 2 to the new iPad. The answer is simple: No, you don’t need the new iPad if you have an iPad 2. But that doesn’t mean the new iPad is a disappointment.

The new iPad is the best tablet on the market by far, but that doesn’t necessitate an upgrade from an iPad 2. Disappointment in the new iPad mostly stems from our warped collective belief that technology should make monumental leaps forward every year. Nothing is more fun than having your mind blown away by a new device or features we never saw coming but it is impossible for any company to blow us away with each product upgrade. Technology doesn’t progress that rapidly, and no amount of magical applesauce will change that.

When the new iPad hit stores people wanted it to make their old iPad 2s obsolete. It didn’t, and so they said the new iPad was disappointing because there wasn’t an overwhelming reason to buy it. People wishing for product obsolescence with every new iPad are being naive. This isn’t the way technology works, and it would piss people off if it was. We would be outraged if our brand new $1200 iMacs were rendered obsolete within a year by a newer model, yet for some reason many people seem disappointed that Apple hasn’t enacted planned obsolescence for the iPad. Maybe they would have been happier if they just bought an HP TouchPad to as their first tablet.

Apple has never given us an overwhelming reason to buy the newest iPad, they’ve just added more reasons for us to get any iPad the same way they’ve given us so many reasons to buy a Mac. The “disappointment” surrounding the new iPad seems silly when placed in proper perspective. It is as though people are shouting, “Damn it, my iPad 2 is still really freaking good even though Apple just came out with ‘the new iPad?’ What an utter disappointment!”

The iPad is leading the charge into the Post-PC Revolution. Its destiny is to replace your desktop computers. iPad-buying habits should reflect this changing of the guard but many people do not understand the primary role of the iPad and think it needs to be replaced every year because it looks like an iPhone. The problem is that the iPad is not meant to act like a bigger iPhone. It’s more like a portable iMac. You don’t go out and buy a new iMac each time Apple updates the iMac or MacBook lines do you? Of course not! Most people purchase a main computer and use it for 2-4 years, if not longer. Why should your iPad – the device replacing your desktop – be any different? 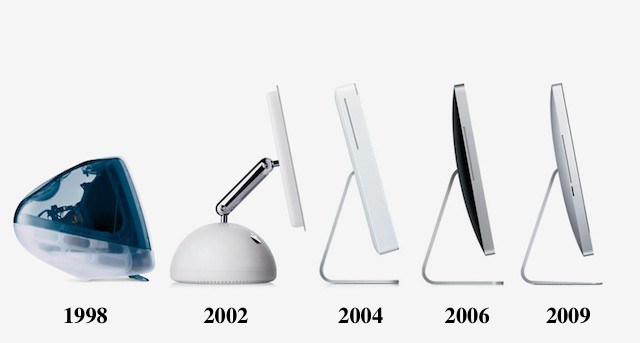 Over the 14-year lifespan of the iMac, Apple has released 5 different designs. Ports have been changed. Screen sizes were increased a bit. Different materials were used in the frame. But for the most part, an iMac from 2002 looks and functions very similar to the newest iMac in 2012. The major difference between them has been the incremental spec bumps over the years. Each iteration of the iMac was created with the intention that it would be a viable machine for multiple years, not just one. The iPad will be in the same boat and won’t acquire radically new features every year. People complaining that the new iPad is “just a spec bump” fail to see that spec bumps fuel the evolution of technology in between the radical redesigns and feature upgrades that occur about every 3 years.

What features could have been added to the iPad this year so that it would not be a “disappointment?” If Apple had included NFC, glasses-free 3D, Thunderbolt and flexible cases in “the new iPad”, would the iPad 4 need holograms, teleportation and virtual sex for us to be satisfied next year? If you’re disappointed that the new iPad didn’t give you a mind-blowing reason to upgrade from the iPad 2 then you’re going to be continually disappointed with the progression of technology in general. The compulsive need to upgrade to the newest iPad should only come every 2-3 years after all the new incremental spec bumps have slowly turned your old iPad into a legacy device.

Yes, the new iPad is only marginally better than the iPad 2, just like last years iMacs were marginally better than the year before. You shouldn’t feel the need to upgrade, and you never should need to upgrade your iPad every year. The iPad has been magical the entire time, and the iPad you own will continue to stay relevant for 2-3 years. That’s the way it should be. Apple never disappointed us. We just forgot that true nerdgasms are hard to come-by.