After unboxing your new iPad and getting it setup, the first thing you should do is open up the App Store and download some essential apps. We’ve compiled a list of 12 of the App Store’s greatest offerings, which we think should be installed on every iPad. These are apps you certainly won’t want to miss. 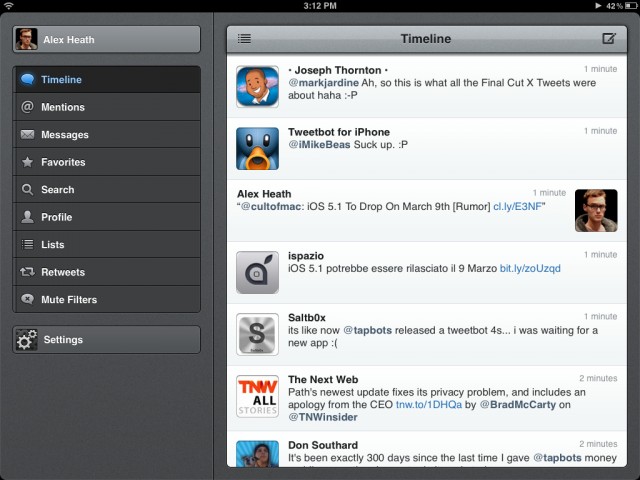 Very few third-party iPad apps have already been updated with high-resolution visuals for the Retina display, but Tweetbot is one of them. That’s not the only reason it appears in this list, however; it’s also the best Twitter client you’ll find for the iPad. It’s a full-featured app that sports a beautiful user interface, and some of its best features include timeline streaming, which provides a constant stream of tweets when connected to a Wi-Fi network; TweetMarker support; and native push notifications. 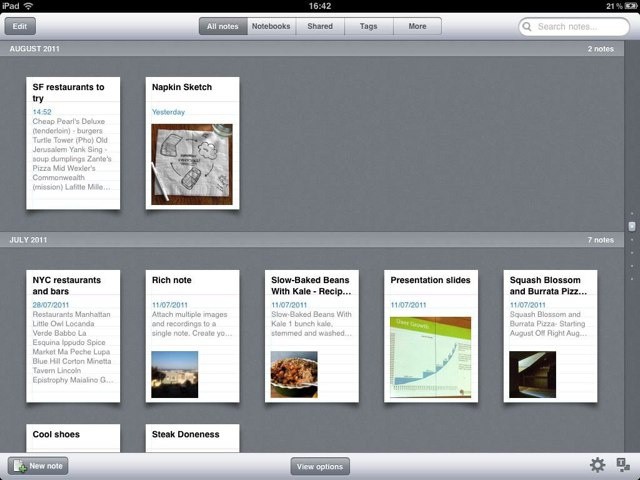 Evernote is an essential note-taking app that syncs your notes to the Evernote platform, allowing you to access them from your Mac and other iOS devices. It’s incredibly robust and packs a whole host of terrific features that you’ll struggle to find in any other free note-taking app. In fact, it’s so good, it makes Apple’s own Notes app look laughable. 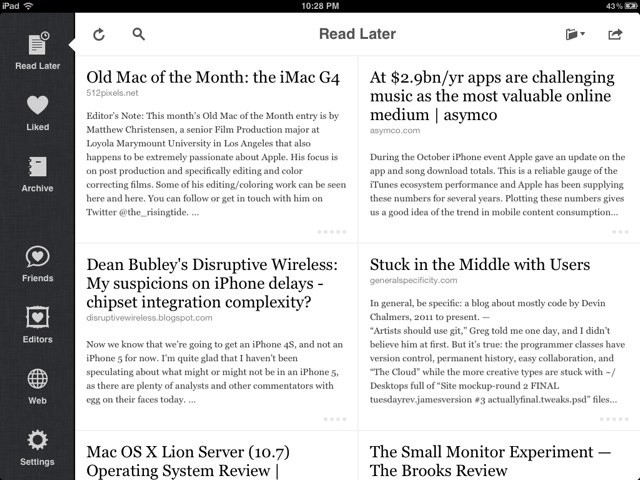 If you have a busy schedule, you may not have time to read articles and watch videos as soon as you stumble across them. Thankfully, Instapaper makes it easy to save them for later. And with the Instapaper app on your iPad, you can sit back and catch up on all of those things you might have missed whenever, wherever. Once you’ve started using Instapaper, you’ll wonder how you ever got by without it. 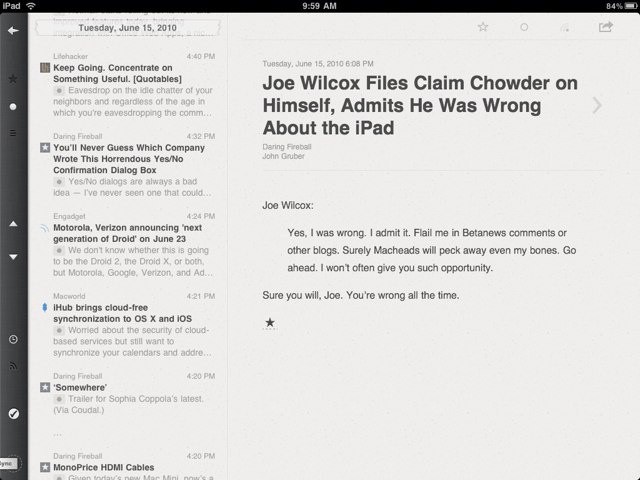 Reeder, in my opinion, is by far the best RSS client available for the iPad. It syncs with Google Reader and features a wonderfully elegant user interface that removes all of the clutter you see in some apps to present you with a clean and clear canvas, allowing you to concentrate of the day’s news. It supports services like Instapaper and Read It Later for later reading, and social network integration for sharing. 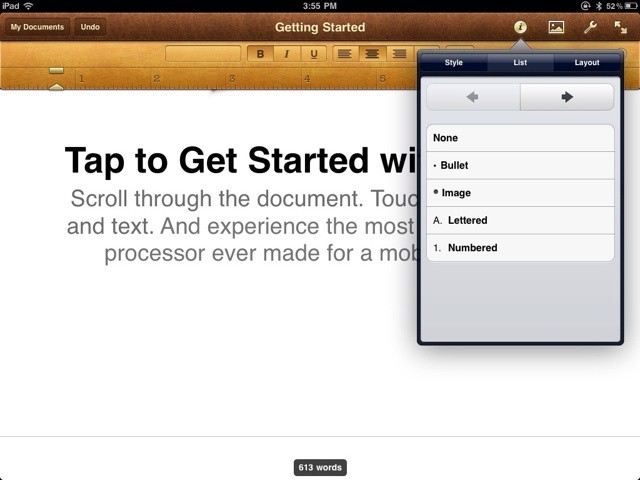 There are stacks of word processing apps for the iPad, but Apple’s own solution is an essential — especially if you already use Pages on your Mac. Pages offers beautiful templates designed for letters, reports, flyers, cards and posters. You can view, create, and edit Pages ’09, Microsoft Word, and plan text documents; import documents from Mail, the web, Documents in the Cloud; and customize your creations with various colors, fonts and textures. And of course, because this is an Apple app, it’s already ready for the new iPad’s Retina display. 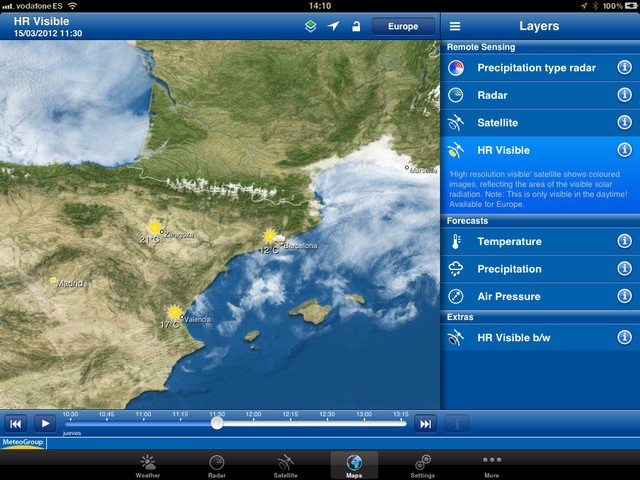 Like Tweetbot and Pages, WeatherPro is another app that already features high-resolution artwork for the new iPad. The most important thing about this app, for me, is that its predictions are incredibly accurate — more accurate than any other application I’ve tried. It’s also packed with useful features, such as a 7-day forecast that can be broken down into 3-hour intervals; wind direction and speed readings; air pressure, precipitation and humidity; sunrise and sunset times; and air pressure maps. It features global satellite and animated radar images for the U.S. and much of Europe, with pan and zoom functionality. 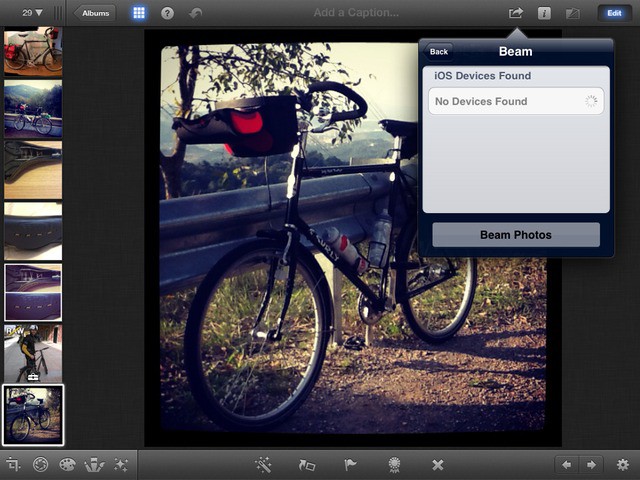 If you use a Mac, you should know all about iPhoto. Like Apple’s other iLife applications (iMovie and GarageBand) iPhoto makes it easy for almost anyone to produce high-quality, professional results without any previous experience of image editing. It offers multitouch gestures for adjusting color and white balance, brushes for removing red eye and mending blemishes, and some really terrific effects. It’s really quite incredible that you can get this kind of functionality for just $5. 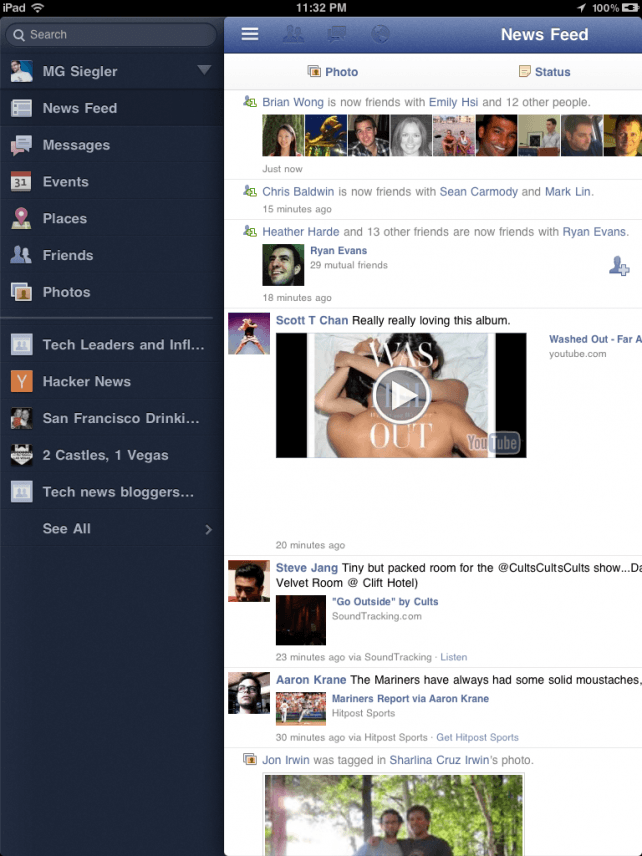 With more than 845 million active users, it’s hard to find anyone who’s not on Facebook. And there’s no better way to keep in touch with them while you’re out and about than with the official Facebook app for iPad. As you’d expect it gives you access to your timeline, your messages, your friends, high-resolution photos, and even apps and games. It’s a little rough around the edges, but it beats any third-party Facebook app hands-down. 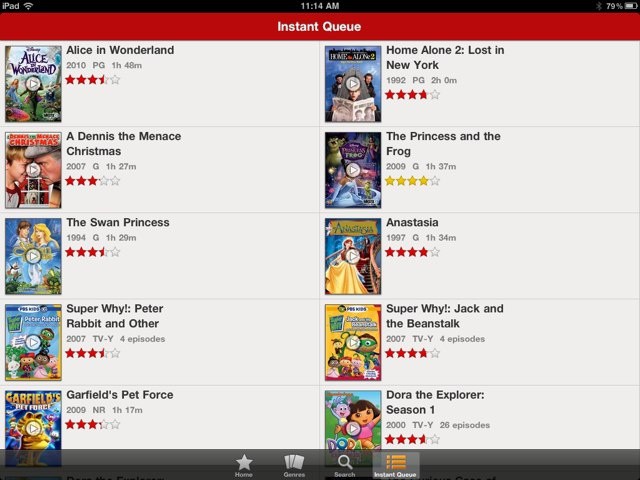 Netflix is the ultimate movie streaming service, and with the official Netflix app installed on your iPad, you can access thousands of movies and TV shows anywhere, as long as you have a data connection. Netflix subscribers can use the app for free, and there are no restrictions — you can watch as often as you like. The best thing about Netflix is you can begin watching a movie on your iPad on the train home from work, then resume watching right where you left off on your computer or TV at home. If you’re worried about eating up all of your iPad’s storage with videos, get Netflix and have countless hours of content at your fingertips without the worry. 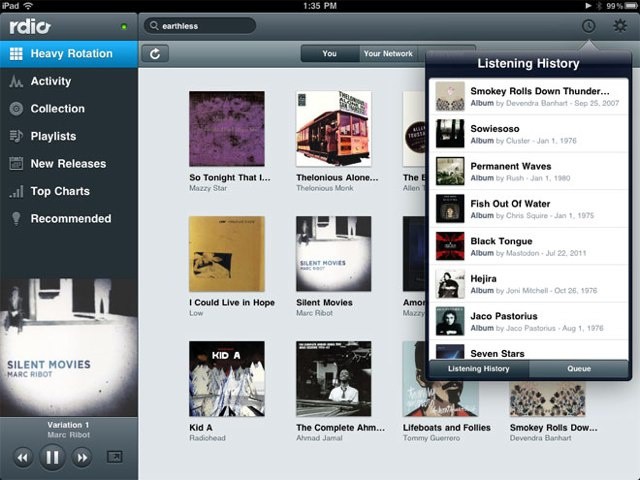 Rdio is kind of like Netflix, only it offer music instead of movies. For $15 a month you can access over 10 million songs on your iPad, iPhone, or iPod touch, with no limits and no adverts. You can create playlists and even collaborate with friends to create the ultimate collection of tracks. Search for any album, artist, or track and start listening instantly — as long as you have a data connection. Once again, if you’re worried about eating up too much of your iPad’s storage space with music, get Rdio and stream it. (Spotify is usually the popular choice for streaming music subscription services, but we prefer Rdio: it has a better indie selection in our experience, as well as a native iPad app… Spotify’s cardinal sin.) 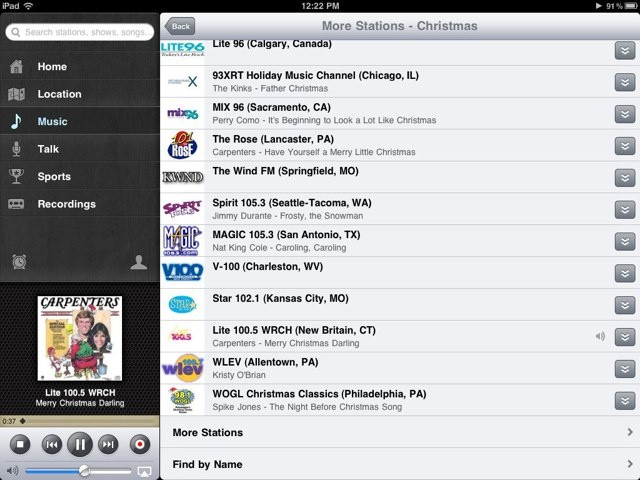 Prefer to listen to the radio? TuneIn Radio allows you to do just that. It’s completely free to download and to use, and it allows you to listen live to over 50,000 stations around the world, pause and rewind your favorite shows, share stations and songs on social networks, and a whole lot more. There’s also a premium version of the app called TuneIn Radio pro, which costs just $0.99 and allows you to record your shows. 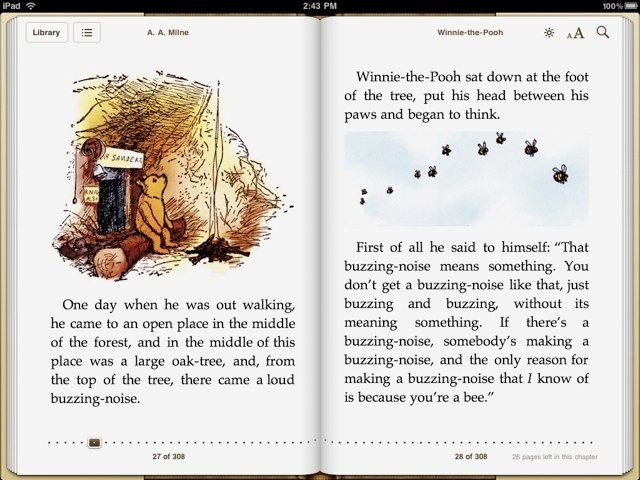 And finally, we come to iBooks, Apple’s own reading app. iBooks provides you with a wonderful interface for reading books and PDFs, and with the iBookstore, you can access hundreds of thousands of e-books instantly. Like the other Apple apps we’ve chosen, iBooks is ready for the new iPad’s Retina display with high-resolution visuals and crystal clear text.

[teaser-top]Got a new iPad? These are the must-have apps you need.[/teaser-top]