Apple released iOS 5.1 to the public on March 7th, and jailbreakers with A4-based iOS devices like the iPhone 4 were able to perform a tethered jailbreak shortly after the firmware hit. Those who wanted to keep their full, untethered jailbreak (including iPhone 4S and iPad 2 owners) have had to stay on iOS 5.0.1 until a new jailbreak is announced for 5.1.

There have been whispers on Twitter that certain hackers are finding exploits for a iOS 5.1 jailbreak, and the infamous hacker known as “i0n1c” has already jailbroken his way into 5.1 on the iPad 2.

The Germany-based Stefan ‘i0n1c’ Esser is mostly known for releasing the untethered jailbreak for iOS 4.3 last year. He’s been relatively quiet in the jailbreak scene since he’s been focusing on his work in security research, but some new photos indicate that he’s back at it again with iOS 5.1. 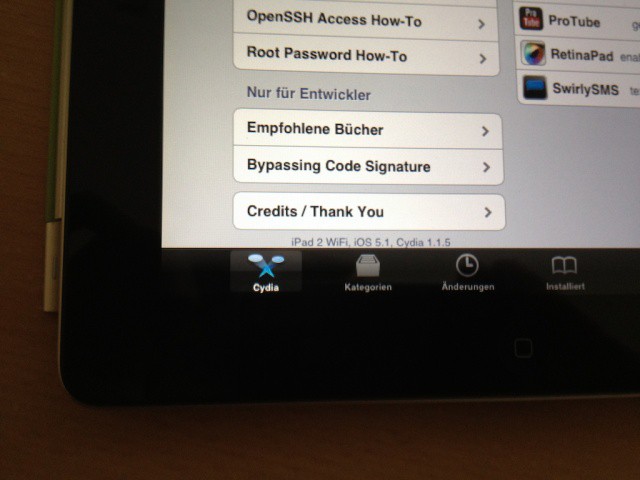 As you can see, i0n1c has installed Cydia successfully on the A5-based iPad 2. While this is great news, i0n1c’s work should mean something even better: an early jailbreak for the new iPad.

As veeence points out, i0n1c’s userland jailbreak for 5.1 on the A5 will very likely also work on the new iPad’s A5X processor, since the exploit is software-based and the two chips are not very different in terms of architecture. While the jailbreak will have to be extensively tested, i0n1c says that he expects to have 5.1 jailbroken on the new hardware once he gets his iPad in the mail over the next few days.