Draw Something is the hip game to be playing on iOS right now. Is it just an electronic version of popular board game Pictionary? Well, yes, sort of, but with added iPad cool. It’s enormous fun to play, only let down by a stubborn insistence on having a live internet connection.

Here’s how it works: you’re offered three words, and you have to draw one of them using the very basic on-screen drawing tools. Your opponent (someone you’ve contacted directly, or a random player selected from the network) has to guess what the original word was. Simple, right?

Yep, simple, and lots of fun. Your opponent sees a movie playback of what you drew, the way you drew it. Below your drawing, they see a small selection of letters from which they can spell out the answer. Once they’ve got it right, the roles are switched and it’s your turn to guess what they drew. 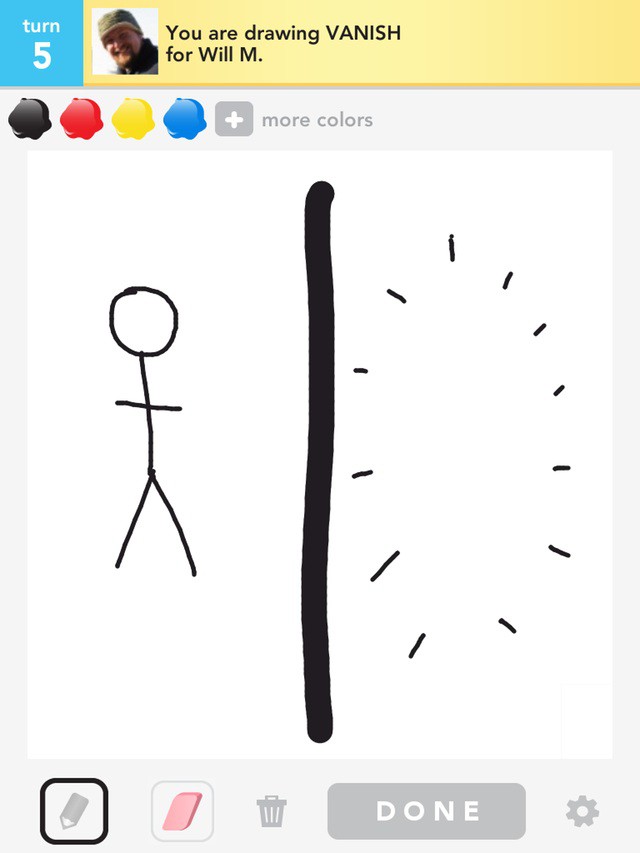 When I described the on-screen drawing tools as “basic”, I really meant it. Photoshop this ain’t. You get a pencil (one brush style but in a handful of thicknesses), an eraser, and just four basic colors: black, red, yellow and blue. Want more colors? You have to earn in-game coins to buy them. Want more coins? Play more games! A fiendishly clever move by developers OMGPOP (who, incidentally, win the prize for Best Dev Name Ever). 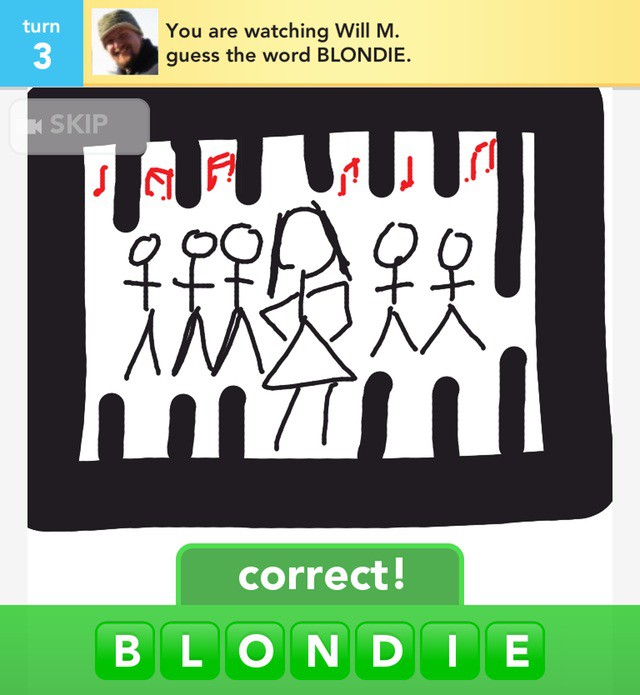 There are one or two odd things about this app that leave me scratching my head. When you’re trying to guess what your opponent has drawn, the lower portion of the drawing area is obscured by the word-guessing tool. If a crucial part of the drawing appears down there, you’ll be stuck.

Another annoyance is that you can’t use Draw Something when you’re not online. I understand that the internet is fundamental to playing the game, but it’s frustrating that you can’t even open the app without a network of some sort. It would be nice to be able to take your turn in a few games whilst offline, and let the app do all the online stuff in the background next time you reach wifi. 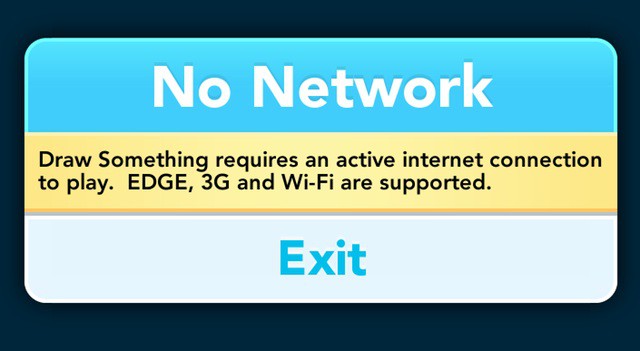 The thing about Draw Something is that it is intensely addictive. It’s easy to get hooked. Play this game even for a short time, and you’ll soon understand why it’s been such a massive overnight hit on the App Store.

There are two versions – an ad-supported free one, and one without ads for one dollar. I say pay up your dollar and enjoy yourself.

Pro: Cheap, cheerful, and lots of fun to play.