A few weeks ago, I wrote about the iFrogz Boost, a magic box which amplifies the sound from an iPhone or other device just by being close. You put the iPhone on top and the battery-powered iBoost speaker goes to work, making everything louder.

The technology used is called near field audio, or NFA, but nobody would tell me how it works. Luckily, the iFrogz folks sent me one, so I took it apart to see what’s inside.

As you can see from the video, the Boost does indeed make things louder. It works with my crappy phone, my iPad, and my Kindle. I also tried it with a JawBone JamBox speaker, but nothing happened.

The sound quality is ok (apart from with my phone, but that is likely my phone’s fault, because it really is a piece of crap), and is indeed useful for getting an audio boost. Listening to podcasts and audio books should be just fine, but for music the fidelity isn’t great. That said, it’s a lot better than other $40 speakers I have heard. 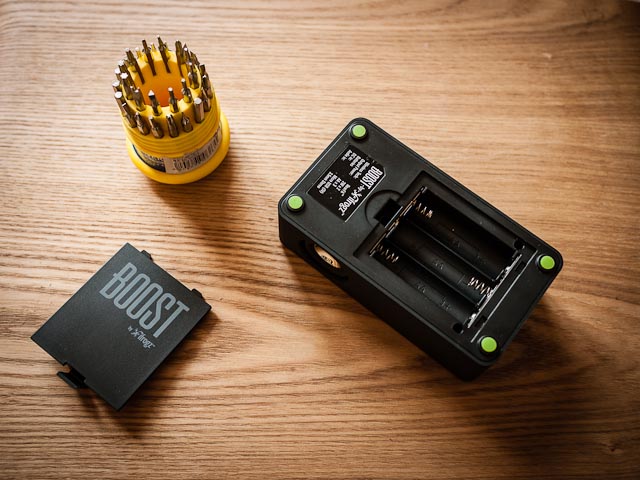 The Boost runs on three AA batteries, and the side-firing 2-watt speakers will fill a small room. And while it is pleasantly weighted, it’s not so heavy that you wouldn’t habitually throw it in your bag. In short, it’s not a bad speaker for $40, but if you want something really good, you’re going to have to spring for something bigger, or something like a JamBox.

So how does it work? Getting inside is easy enough, once you realize that two of the five Philips-head screws are hidden under the green rubber feet. There’s a lot of space in there, but I went straight o the circuit board at the opposite end from the speakers themselves. This was the sweet spot which caused the whole thing to light up when the speaker of the iPad or Kindle got close. 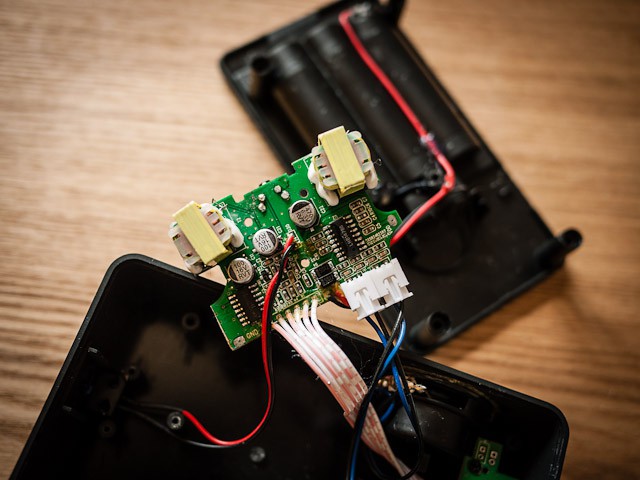 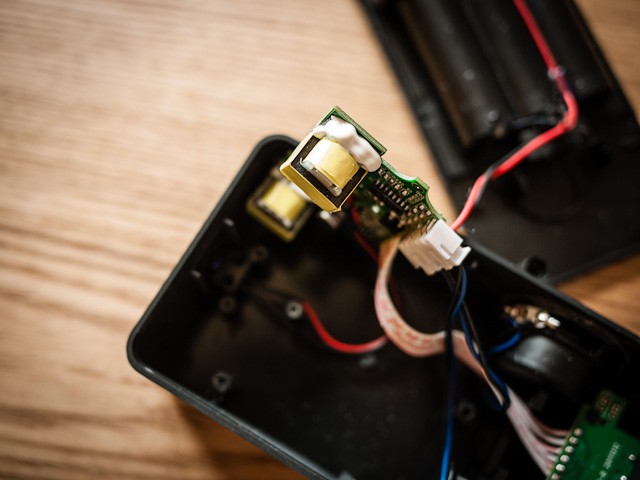 As you see here, the main guts of this board are what look like transformers: magnets wrapped with copper wire. So while I only have AP-level physics, it seems to me that the Boost is grabbing the magnetic field of the cellphone’s speaker using induction, and then running that signal into its own amp and speakers. If any better-qualified readers can add more, please tell us in the comments.

Now, I just need to get this thing back together before the iFrogz folks find out.