Spotify’s app for the iPhone has been approved by Apple and should be available to premium customers shortly. But alas, not in the U.S. — at least, not yet.

“The current status as of right now is it’s been approved and we hope to add the app to the more than 65,000 apps on the app store very soon,” an Apple spokesperson told PaidContent. “We’ve been in constant communication working with the developer and have already notified Spotify that the app will be in the app store very soon.”

This is fantastic news for music lovers, and a big surprise from Apple. If there’s a real threat to iTunes, it’s Spotify.

Spotify’s streaming music service has taken the world by storm with a library that rivals iTunes — about 6 million tracks — and an interface to match. It’s dead easy to search, build playlists, and find new artists. It’s basically iTunes in the cloud — but free.

The $20-a-month premium service dispenses with the occasional ads, which aren’t intrusive. A premium account will be required to use the iPhone app.

So magnificent is the service, it already has 2 million subscribers in Europe and is adding 50,000 new users every day. It is set to come to the U.S. some time later this year, or maybe next, pending licensing agreements with the record labels.

The only downside is that it’s tied to the computer. But Spotify’s iPhone app promises to change that. The app can cache full playlists to be played offline — thousand of songs can be stored on the iPhone and played at any time. You can store up to 3,333 songs — that’s 10 days constant listening — and the songs will sync over WiFi, no USB cable needed, according to Wired.com. Bye, bye iTunes. This is the future of music. Why would you buy songs any longer?

There was speculation that the app wouldn’t be approved by Apple because it is such a threat to the iTunes business model. Some feared Apple would argue that the Spotify App replicates core functions of the iPhone: IE. playing music. This was the reasoning Apple used for not approving the Google Voice app, which is still under review because it replicates the iPhone’s telephony functions — or so Apple argued to the FCC.

So big surprise that Apple’s giving the go-ahead. Of course, the app might be crippled in key ways. But perhaps the company is softening its stance in the face of ongoing controversy about the App Store? Or perhaps Apple is afraid it might become the target of an antitrust case, a la Microsoft?

Fingers crossed Spotify comes Stateside sooner than later. Here’s a cool video of the Spotify app in action. Watch the offline song caching feature at about 28 seconds in. . 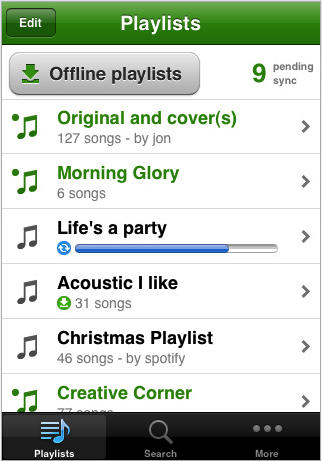 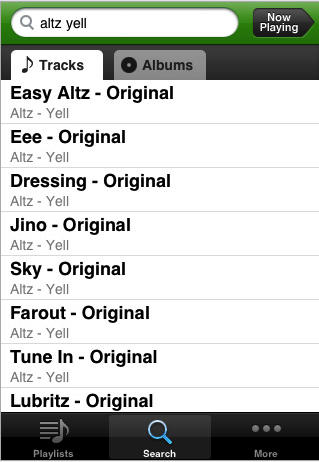 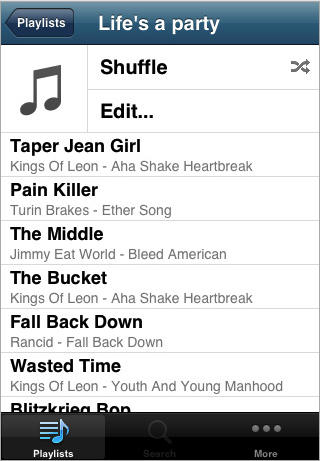 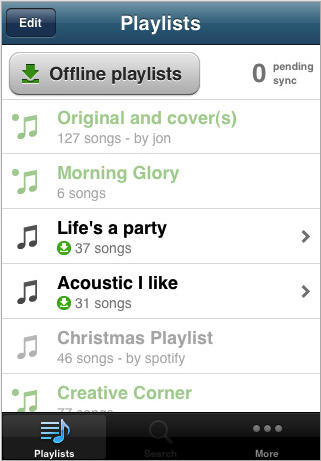 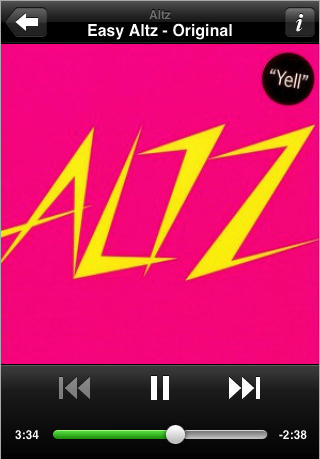