The App Store reached the 25 billionth download milestone over the weekend, and Apple recently announced the lucky winner of the $10,000 contest, Chunli Fu of Qingdao, China. It’s only fitting that the winner comes from China when you consider the exponential growth Apple has been seeing in that part of the world.

As it did when the App Store reached 10 billion downloads last year, Apple has revealed the all-time top paid and free apps for the iPhone and iPad. 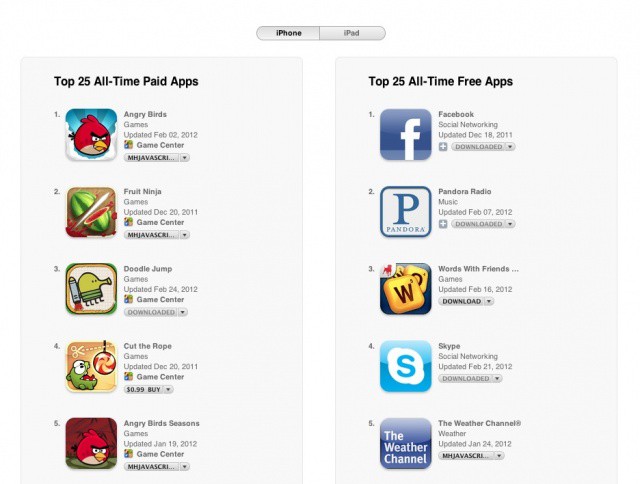 Overall, games accounted for a large portion of the App Store’s all-time top titles. Apple’s own apps didn’t do that well in terms of iPhone downloads, while the suite of iWork productivity apps for the iPad all landed in the top paid hall of fame. Free or ‘lite’ versions of apps continue to do very well, indicating that people want to try paid apps before they buy (hint hint, Apple).

For complete lists and some more details, visit MacStories.