When Apple sent out its press invitations for the iPad 3 announcement next week, many sites (us included) proposed that the upcoming device wouldn’t have a Home button. Such a conclusion was drawn from the fact that the invitation image didn’t show a Home button on the photographed iPad.

A new set of leaked parts reveal that Apple’s upcoming tablet does indeed possess a Home button. You all can rest easy now.

Repair Labs has the scoop:

The picture above is the iPad 3 digitizer. This part controls the iPad’s touch function, as well as includes your front glass. As you can see from our images, not much has changed in the look of your iPad. With the back housing in hand, and now with this piece, we can confirm your iPad will look a lot like the iPad 2, just that 1mm thicker. The picture above also proves that we will have the home button on the iPad 3, contrary to some reports that came out yesterday. We also can see that Apple is planning to have both black and white models of the iPad 3, which is not surprising. 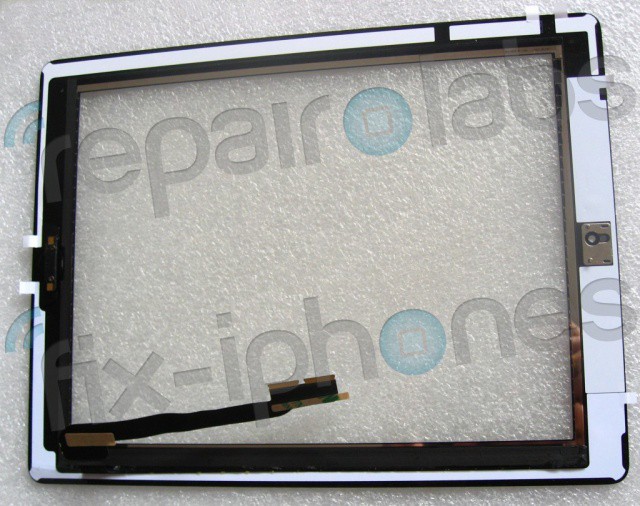 The digitizer connection indicates that the iPad 3 will have a new logic board. Previous part leaks have also indicated a different logic board layout and LCD connector for the rumored Retina display.

We’ll be covering Apple’s media event on Wednesday, so stay tuned for more!