Can’t get enough of whizzing those Angry Birds through the air using your trusty catapult, knocking down the fortifications of those adorably cute, wonderfully evil, egg-guzzling Green Piggies?

Well, how are you going to do that without gravity in outer space, hmmm, smart guy?

Details are incredibly vague at this point, but there is a launch trailer, and the promise that the game will be released on March 22nd… presumably on iOS and the Mac App Store first.

And here’s the teaser image on the official site: 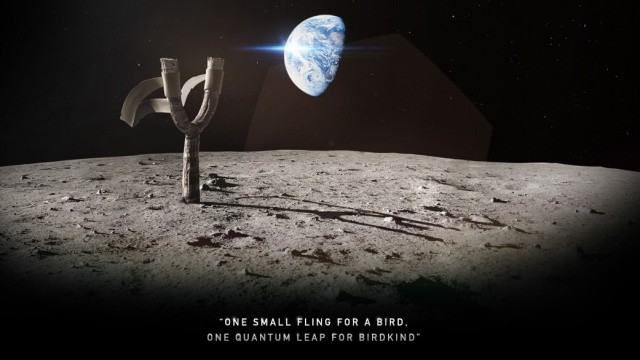 What do you think? Could we see weird space physics?