One of the easiest and most effective ways of taking panoramic photos on your iOS device is with 360 Panorama. Unlike other apps that have you moving your device an inch at a time and snapping a number of photos, this one allows you to simply pan around while it snaps the images automatically.

Here’s how to take panoramic photos with 360 Panorama.

First, you’ll need to download 360 Panorama from the App Store if you don’t already have it. It’s only $0.99, which is cheaper than a lot of alternatives, and it’s much easier to use. Once installed, open up the app, point your device at your subject, and hit the capture button at the bottom of the display. 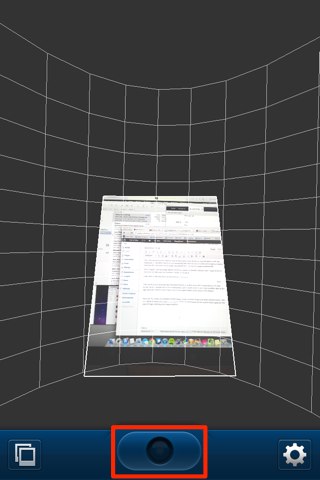 Once 360 Panorama has captured the first image, simply continue to pan your device around slowly while your device automatically captures each photo. When you’re finished, hit the capture button again and the app will begin stitching your images together.

Once it’s complete, you’ll be presented with your panorama. See how simple that was? You can now choose to save it, upload it, share it, or discard it. 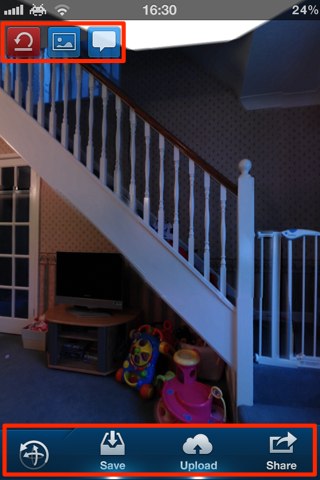 If you save your panorama to your camera roll, you’ll only get a static image when you view it with the Photos app, but open it up again in Panorama 360 and you’ll be able to pan around.