Last week we told you about Evi, an iPhone app that challenges Apple’s own Siri voice control technology. Powered by the same Nuance backend, Evi and Siri offer similar voice control/assistant features. The main difference between the two is that Evi is available on the iPhone 4 and iPhone 3GS, while Siri is only available natively for iPhone 4S owners.

Another App Store app has come to our attention, and its name is vokul. As the first and only 100% handsfree voice control app for the iPhone, iPod touch, and iPad, vokul allows users to dictate text messages, make calls, and play music without ever having to lift a finger.

vokul sets itself apart with its handsfree feature. You can enable the handsfree mode by tapping the ear icon inside the app. A trigger phrase or word (“hey vokul” by default) followed by your request will prompt the app to complete the task on its own. This is perfect for sending a text message in the car or controlling your music while multitasking. Podcasts can also be played with vokul and contacts can be called. vokul’s charming voice will guide you through your task quickly and efficiently. 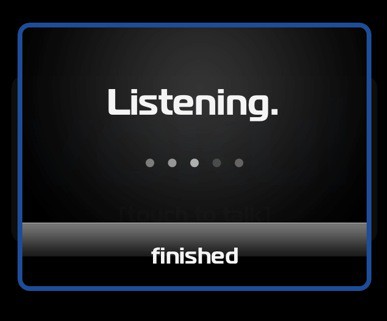 Developed by a husband and wife team, vokul has a huge update that’s planned to drop within the next week or so. vokul will include Bluetooth support, email dictation, and the ability to dictate updates for Facebook and Twitter. Speech recognition for British and Australian accents will also be added.

vokul differs from Siri and Evi in that it cannot answer Wolfram Alpha questions or integrate with services like Wikipedia and Yelp. We hope that more third-party services are integrated in future updates. If you’re interested, vokul can be download for the iPhone, iPod touch, and iPad in the App Store. It costs $2.99.

Here’s a video walkthrough of vokul in action:

Let us know what you think of vokul in the comments!