According to vice president Aven Koh, the mTower Stand ($50) is carved from a single piece of aluminum using the same process that Apple pioneered for its one-piece MacBooks, a process known as “unibody.”

Rain Design said mastering the unibody process is much harder than it looks. The company worked for months getting the design right, before debuting here it at Macworld/iWorld this week.

The mTower Stand fits the 15-inch MacBook Pro, standing it upright when used with an external monitor. Versions for other MacBooks, including the popular Air models, are coming shortly. 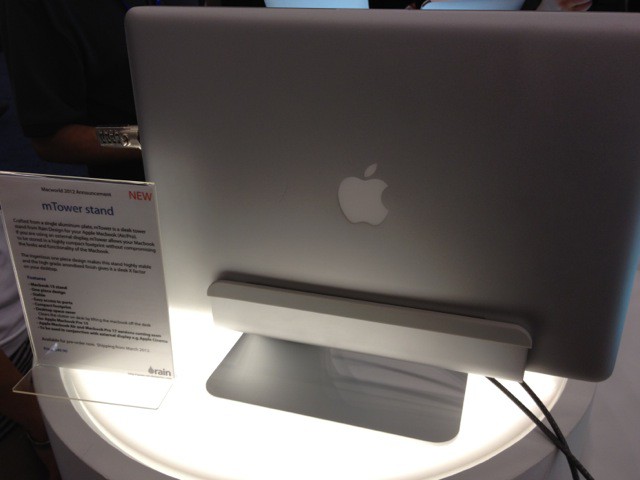