SAN FRANCISCO, MACWORLD/IWORLD 2012 — Watershed is a company based in North Carolina that makes a variety of waterproof bags, including a range of military backpacks.

It has an iPad tote bag called the Grid Tablet that is used by none other than the Navy Seals.

The $97 Grid Tablet bag is seriously waterproof. It can withstand depths of 300 feet, or it can be filled with air to give it buoyancy.

The Navy Seals uses a camouflage version of the Grid Tablet, said WaterShed’s Justyn Thompson. The Seals are asking Watershed to design a special security strap system for the iPad, which will allow them to strap the device to soldier’s bodies or vehicles and keep it secure. They want another feature too, but Thompson said its a secret. He’s working on a prototype.

Watershed has been making Drybags bags for the past 16 years. It uses its ZipDry seal to make air-tight, water-proof bags for outdoor adventurers. The bags are simple but well made. They are constructed from embossed polyurethane, which is super strong. The ZipDry closes like a plastic lunch bag. 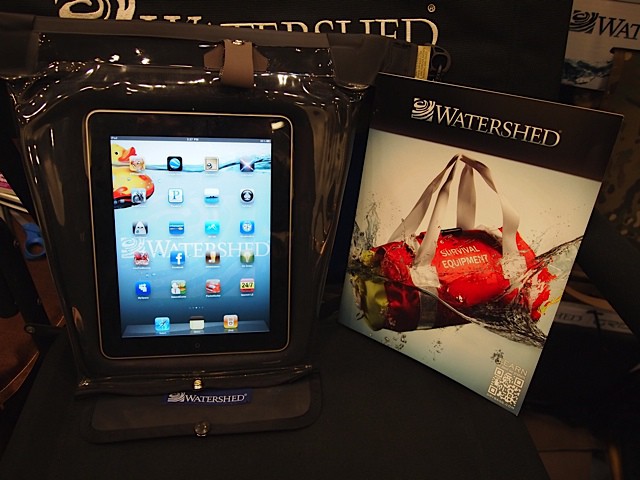