Jailbreakers can bring Apple’s Cover Flow effect to their iOS docks with a new tweak called Overflow. Created by App Store and jailbreak developer Adam Bell, Overflow works with tweaks like Infinidock and Springtomize to let you easily scroll through docked apps like album covers in the Music app.

To use Overflow, you’ll need to have a tweak installed that lets you add more than 4 apps to your dock. For iOS 5, chpwn’s Infinidock ($0.99) works great. Springtomize 2 ($2.99) also lets you customize your dock in the same way. There’s even a “CoverFlow Effect” option in Springtomize for the iOS dock, but I found during testing that Overflow is more Apple-like with its animations. 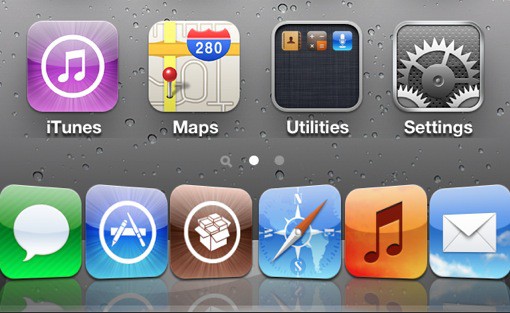 Once you have 6 or more icons in your dock, Overflow becomes a really nice way to scroll through your apps. Names are hidden until a certain app is selected in the middle of the dock. The whole experience feels exactly like Cover Flow in iTunes and Apple’s Music app. If you’re having trouble getting Overflow to work when you install it, try toggling the tweak on and off in the Settings app.

Overflow is available in Cydia for $0.99.

[In case you missed it, make sure to check out Cult of Mac’s top jailbreak tweaks of 2011!]