If you’re frustrated that your app was rejected from the App Store, you are in good company.

Scott Virkler, senior vice president of eProducts at global science and medical publishing behemoth Elsevier, had a few choice words about Apple’s approval process – and getting rejected by it.

Virkler, speaking in San Francisco at Appnation Enterprise, said his company had three apps rejected by Apple just last week, “because they don’t get our business.” 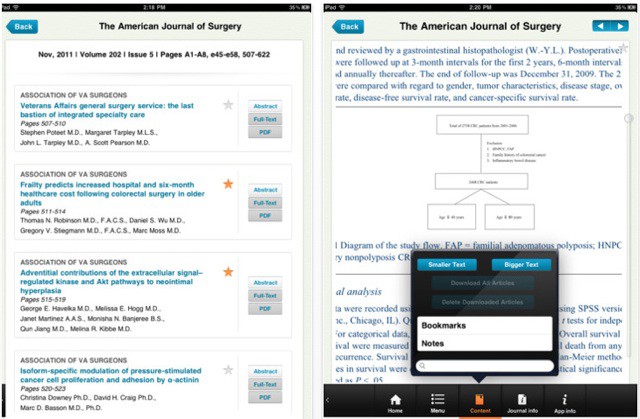 Elsevier is a $400-million-a-year business with over 2,600 medical journals, from titles like The Lancet to more niche ones, spanning the gamut of topics from Artificial Intelligence in Medicine to Zoology.

“The apps were rejected, they think we’re trying to spam them with all this content about global medicine or something,” he said. “Apple thinks apps are all about feature functionality, but in our world it’s all about the content. They treat us like an entertainment company, so they think we should put everything into one app as if it were TV, but our content doesn’t work like that.”

For example, he pointed out, The Sleep Medicine Review and The American Journal of Cardiology are two completely separate products with different subscribers and advertisers.

“We’re trying to get someone [at Apple] to answer the phone to have that discussion,” he said. When interviewer and Appnation founder Drew Ianni noticed his subject was getting a bit hot under the collar, Virkler responded: “Yeah, I have an opinion on this.”

Hiccups in the app approval process aside, Virkler says they hope to have all of their publications available in app form by the end of February. They already have dozens of publications  in iTunes.

Flagship publication The Lancet was launched as an app free to subscribers, deliberately without much publicity, over the Christmas holidays. Virkler says a significant number of downloads (guess those docs and researchers found iPads under the tree?) speaks to the significant interest for the company’s content in app format.

“The medical market is huge and they are fast adopters of medical tech,” he added.