I just visited Apple’s flagship store on Fifth Avenue for the first time — you know, the subterranean one with the glass cube on top that was co-designed by Steve Jobs.

While the architecture is fabulous, the most notable thing was the huge crowd in there at 6.30 PM in the evening on a weeknight. The stores in San Francisco and Los Angeles are often crowded, but the 5th Ave store was heaving. I don’t mean just crowded; it was literally packed, wall to wall.

There were lines for all the machines in the store. People were hanging about the tables for a chance to use the demo iMacs, MacBooks and iPhones.

It was hard to look at anything on the shelves without asking someone to get out of the way. It was almost impossible to move down some of the aisles because of the crowds.

It more resembled a hip NYC nightclub than a premium consumer electronics manufacturer in the midst of an economic downturn.

BTW: The Fifth Ave locale is one of the five Apple stores to see before you die. 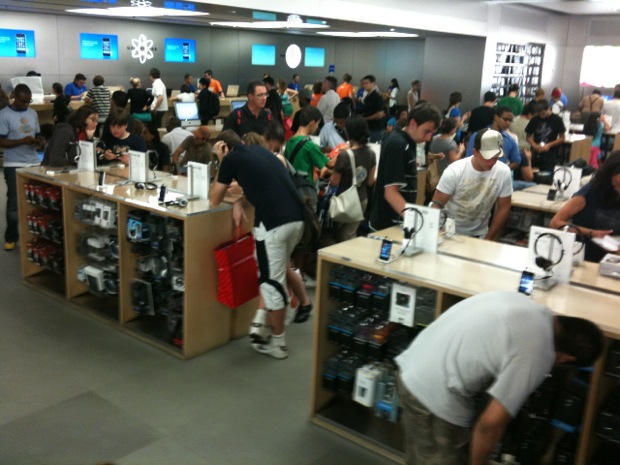 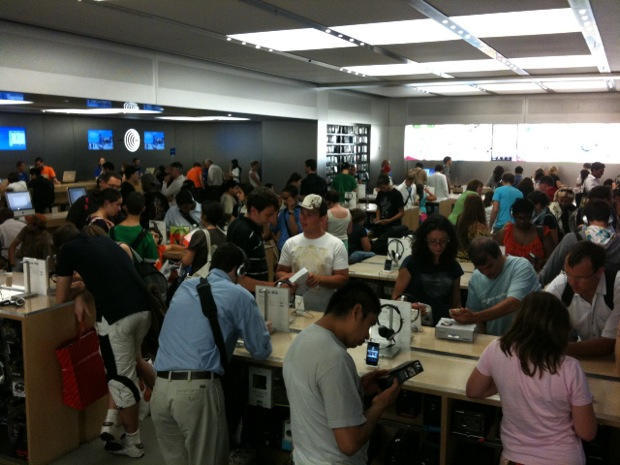