LAS VEGAS, NEVADA – Hundreds of tech journalists are huddled in the Galileo Showroom at the Venetian Casino this morning to hear the latest from Intel, and surprise surprise, Intel wants to talk about ultrabooks… the ultra-slim laptop form factor that the whole PC making industry is hoping will save them from being eaten at both ends by the iPad and MacBook Air.

Unfortunately, after all is said and done, most of what Intel had to offer to PC makers were a grab bag of gimmicks.

From the get-go, Intel seemed a little too desperate to make the pitch that ultrabooks could be more than just inferior MacBook Air clones. The press conference started out with an inexplicable five minute dance routine meant to be a metaphor of the “evolution of computing” in which an Intel engineer pulled off a chronological series of popular dance moves ranging from Chubby Checker’s Twist, the YMCA, Ice Ice Baby, and finally Can’t Touch This. It came off as amusing and bizarre, but an uncharacteristic and slightly embarrassing display coming from a chipmaker known for letting its silicon speak for itself.

But that’s the whole point. As Intel’s VP Mooley Eden said over and over again, consumers don’t care about specs anymore. They care about the experience. “How will this make my life better?” is a rhetorical question exhibitors are constantly asking aloud this CES with a certain breathless wonder, as if this was the first year it had ever occurred to them to be designing products with a real human being’s actual experience in mind. Congratulations, guys: you’ve finally caught up conceptually to Apple thirty years ago.

So what should the experience of an ultrabook be, according to Intel? Instead of mere processing power and speed, Intel strongly pushed a number of novel new ways to interact with your ultrabook. Unfortunately, most of these were just gimmicks, obvious attempts to graft tablet functionality onto laptops. 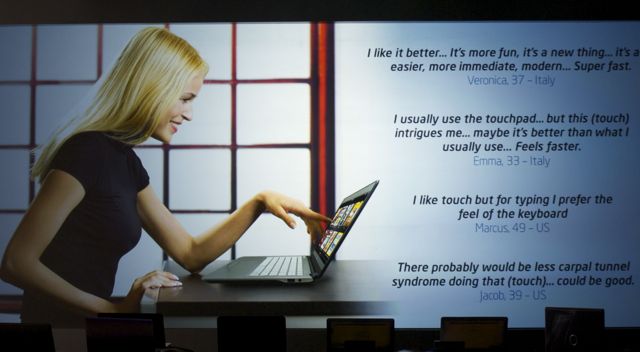 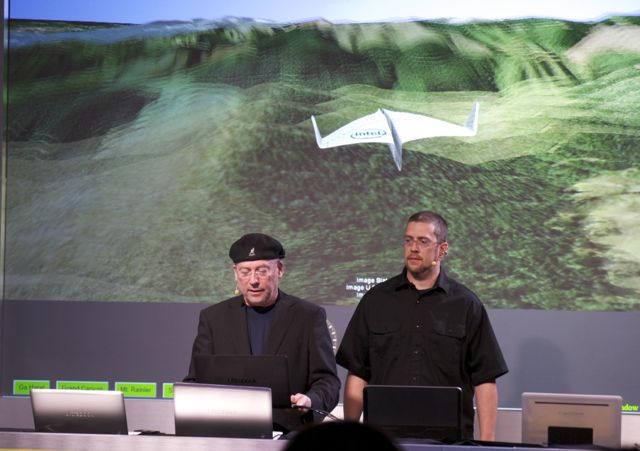 • Accelerometer-Controlled: Another bizarre insistence of Eden’s was that accelerometer controls were a great way to control an ultrabook game. Eden even demonstrated tilting an ultrabook to play a game in which you steered a paper airplane. 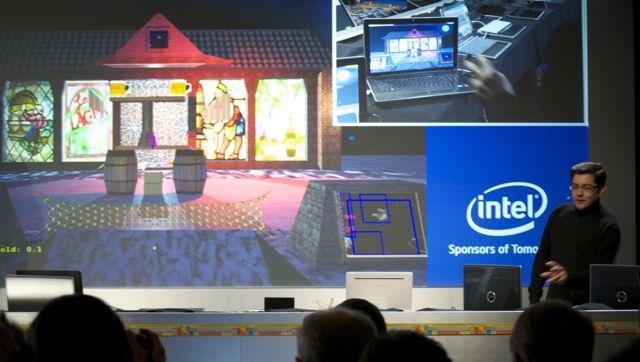 • Kinect-Like Gestures: Taking a page from the Microsoft Kinect, Intel showed off ways in which ultrabook web cams can be used to recognize gestures. Cooley cited Google Earth as a perfect use case for such technology, where a user can reach out and twist the Earth by just grabbing it.

• Voice Control: Obviously inspired by Siri, Intel has teamed up with Nuance to bring Dragon voice recognition technology to Ultrabooks as a standard. Intel cited the fact that Dragon voice recognition was living in each ultrabook and not in the cloud as an advantage of their implementation over the likes of Siri, but in reality, it’s probably the opposite. 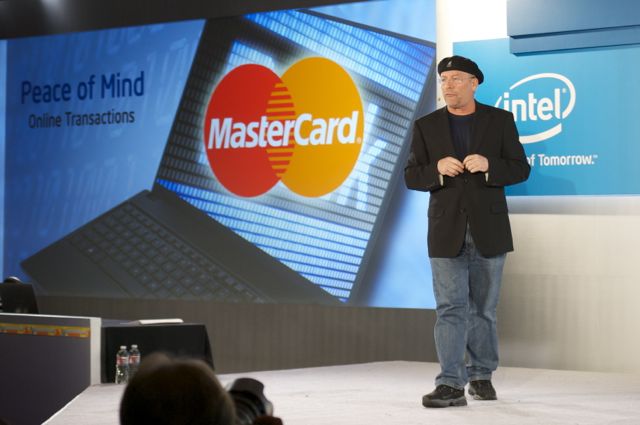 • NFC Capabilities: Intel showed off how you could pay for an item online using your ultrabook just by tapping your credit card against the body of the device, which would then spur the ultrabook to automatically fill in all the billing and shipping information associated with the card. In addition, Intel’s security measures guarantee that if someone steals your credit card, they can’t use it on a different ultrabook: each card is tied to a specific device. 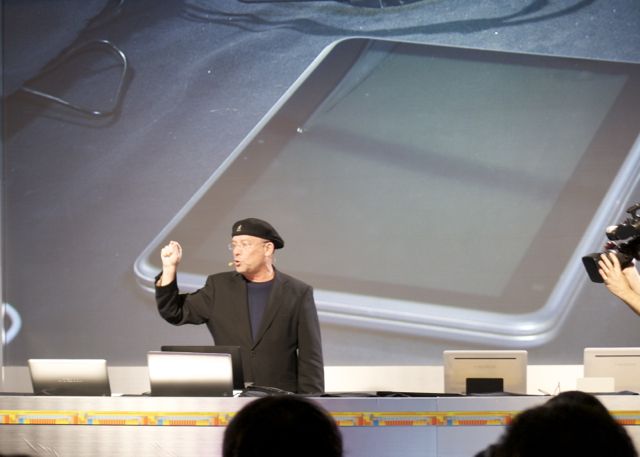 With the exception of NFC and gestures, all of Intel’s innovations have one thing in common: they basically all try to make laptops more tablet-like. That’s telling. Intel still does not have a viable chip that can compete with ARM in the low-power tablet market, and tablets are are cannibalizing Intel’s laptop business left, right and center. Until Intel has a chip that can compete with ARM, they need to try to move the goal posts and sell laptops as tablets, a strategy evidenced by the multiple hybrid ultrabook/tablet concepts the chipmaker showed off today (most notably the Nikiski).

At the end of the day, there’s no doubt that Intel is strongly committed to ultrabooks. They have to be: the MacBook Air has spurred incredible demand for thin, ultra-portable laptops with instant-on capabilities and great battery life. It’s pretty much the only segment of the PC market that isn’t looking at collapse, that people are actually excited about. But to us, Intel’s attempts to get PC makers to clone the MacBook Air and the iPad at the same time look desperate. With the whole industry betting on what Apple is going to do next, it seems absolutely bizarre to put your money down on some of the very concepts that Apple has straight out said just don’t work.

If this is the best ultrabook makers can come up with, the MacBook Air has nothing to worry about. With 75+ ultrabooks launching this year, expect a lot of silliness ahead. 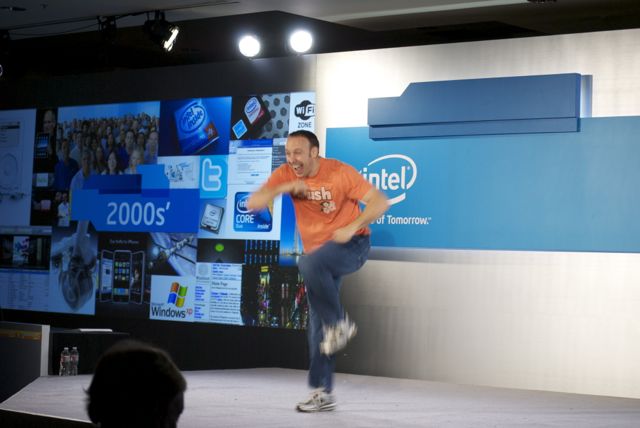