Good news if you’re an Android user: an “official” Siri app is now available to download from the Android Market, claiming to be the “REAL Siri for Android.” Of course, it’s not official and it’s not real — it’s a shameless rip-off from a developer called “Viewide,” complete with Apple’s own icons.

Despite claiming to the REAL Siri, Electronista notes that “the differing results on the weather widget suggest it’s not actually asking Apple’s servers.” The free app is called Speerit and is currently available only in Korean, but its developer does promise that support for the English language is coming soon. However, I don’t think they’ll have time for that, with Apple’s lawyers likely to be onto them after the news spreads this weekend.

But it’s not the only one in the Android Market. Another app called “Siri for Android” is also available for free, from a developer called “OFFICIAL APP.” Unlike Speerit, however, Siri for Android, clearly states it is just a shortcut for Android’s built-in Google Voice Actions feature, and not an actual Siri clone. 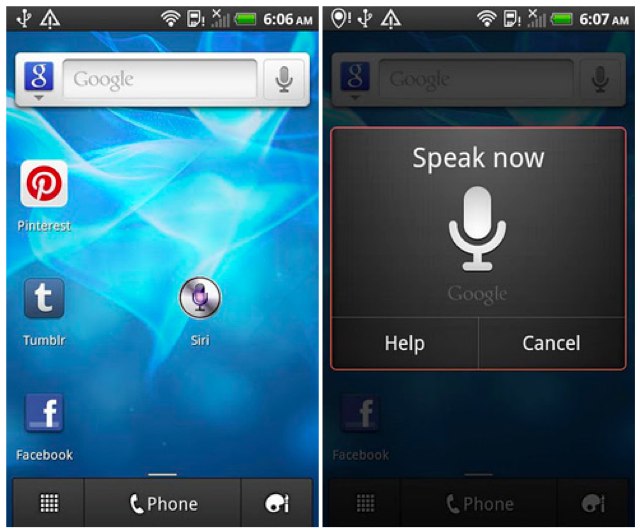 I’m guessing neither of these apps will be around all that long, so if you want them, grab them while you can.