Update: Duncan Rawlinson at the Last Minute Blog has created a much better comparison screenshot of the two videos, which I’ve nicked and posted above. Duncan has a slightly higher-resolution version on his site. Also, in the comments, it seems some people think I’m referring to similarities in the music, but it’s the visuals that are similar, if not identical. Plus it’s the whole idea: the concept, the setting, the narrative. Compare the corridor tracking shots, the movements of the wafer-making machines, the interaction between the male and female workers. The Apple ad is not just “influenced” by the Postal Service video, it’s a remake. 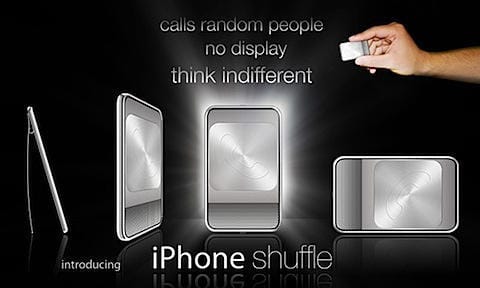 Apple is at it again — making TV ads that bear an uncanny resemblance to other people’s videos.

Apple’s latest TV advert, touting Intel chips inside its new Macs, is remarkably similar to a music video from The Postal Service for the song “Such Great Heights.”

Both are set in clean rooms, and feature bunnysuited workers making eyes at each other.

See for yourself. Here’s the Apple ad, and here’s The Postal Service video (Windows Media download).

Apple is currently being threatened legally by Lugz, which claims an apparently actionable similarity between Apple’s iPod ad featuring Eminem and a 2002 spot for Lugz footwear.

Of course, in the latest case, Apple may have an agreement with The Postal Service or its record company, or may have hired the same director, or licensed the work.

38 responses to “Another Apple Ad Ripoff?”