London based design consultancy BERG have surpassed themselves with their latest idea, simply called Little Printer.

It’s a tiny little printer that sits almost anywhere, and connects directly to a custom dongle plugged into your wifi router. This dongle connects to a web-enabled system they’re calling BERG Cloud, which the company describes as a “nervous system for connected products”. (Full disclosure: I’ve worked for BERG in the past.)

You’ll be able to use your iPhone (and I suspect other phones too, but it’s an iPhone shown in use in the demo video, below) to control what Little Printer spits out for you. 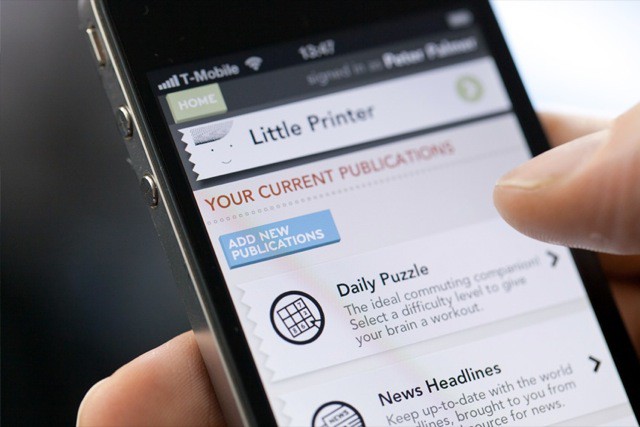 You’ll be able to choose from a variety of mini content streams called publications – one might be your todo list from Google, one might be updates from your pals on Foursquare, another might be news from The Guardian. You could also send direct printed messages to other Little Printer owners.

These are the content options being announced today, presumably the plan is to have many more on offer by the time Little Printer is up for sale.

There’s no detail on how much Little Printer might cost, or how often you’ll have to replace the paper spool, or anything like that. Little Printer will be available as a beta product next year, so right now all you can do is sign up to a mailing list if you want those details when they’re announced.