Hauling my back end out of bed each morning is a horrible task, especially during the winter months. Even with the recommended eight hours sleep, I never wake up feeling refreshed. However, I was hoping all that was about to change, thanks to a little app-enhanced headband.

The WakeMate ($60) is an accessory and app for your iOS device that has two main objectives: to help you track and analyze your sleep pattern; and to wake you up at the optimal time in your sleep cycle so that you feel better about waking up early — which is just what I needed.

You wear the WakeMate on your wrist while you sleep and it connects to your device via Bluetooth, tracking things such as the number of times you wake during the night, the duration of your sleep, and your minute-by-minute sleep state. It then gives you a “sleep score” based on these things and allows you to compare your results over time.

“With the WakeMate you wake up feeling refreshed and learn how to improve your sleep quality and efficiency,” according to the WakeMate website, which made me very optimistic about the device.

The WakeMate is really simple to set up, and really simple to use. Just switch it on (ensuring you have enough battery life to last the night), and pair it to your iOS device over Bluetooth. You can then set an alarm and WakeMate will attempt to wake you up at an optimal time during a 20-minute window (which you can adjust) prior to your wakeup time. If the device doesn’t find an optimal time, it’ll just wake you up at the time you set.

Battery life is relatively good, lasting around two nights before it needs to be charged again. It’s important to remember that you need your charge to last the duration of your sleep, otherwise WakeMate is prone to losing the data it recorded before its battery went flat. Thankfully, the iOS app can tell you how long WakeMate will live on its current charge.

The band does a fantastic job of recording all the data you need to monitor your sleep using “Actigraphy,” and it allows you to see at a glance the duration of your sleep each night; how many times you woke up during the night; the much of your sleep was “deep, “average,” and “light;” and even how long it took you to fall asleep. You can then compare these results over 7 days, 14 days, 30 days, or from the day you started using the device.

If, like me, you feel groggy and lethargic when you wake up each morning — even after plenty of sleep — WakeMate results could give you a great insight into why that might be the case. And even if they don’t, they can help you get a better night’s sleep.

For example, I kept trying to increase my sleep score over time, which meant I was going to bed earlier and sleeping longer. Before, I had no desire to go to bed early — I’d rather stay up late playing video games — but with the WakeMate I had targets to hit, and it kind of turned into a little game.

The best feature, for me, is the tagging tool. You can add tags to each sleep score that might reflect why your sleep was score was higher or lower than usual. For example, you might achieve a low score because you were drunk when you went to bed and you didn’t sleep well; or you might receive a high score because you went surfing the day before and went to bed completely shattered.

Over time, you can then see how many times your sleep has been affected by drinking, surfing, and other activities. You could even use this feature to record how your sleep might be affected by different foods.

For recording your sleep pattern and monitoring its cycle, the WakeMate does a fantastic job, and I cannot fault it in that respect. As long as you ensure the device has plenty of battery life, it’ll never fail to record your data. And it does a much better job of it than some of those apps in the App Store, which claim to do the same thing without an additional accessory.

For some, however, this is all you’ll really get out of the WakeMate. This is all I really got out of it, and after a little while, I got bored with trying to beat my sleep score and slipped back into my old habits of staying up late.

I wanted the WakeMate mostly because it promises to “wake you up at an optimal time during your sleep cycle.” However, after a couple months of use, I found that this just wasn’t happening for me. Every morning, I was woken up at the time I had set for my alarm — not a time which WakeMate felt was optimal for me. Admittedly I was woken up a little earlier on a number of occasions during those couple months, but they certainly did not feel like optimal times to me. I felt just as tired as any other day.

And nothing I did could change this. It seems I am just one of those people who struggles to get themselves out of bed, and an iPhone accessory just isn’t going to change that — no matter how good it is.

My final gripe is about the WakeMate app for iPhone, iPod touch, and iPad. While the app is relatively good, the interface for checking out your data is simply a browser that points to your WakeMate account online. So it doesn’t fit nicely on small screens, it’s hard to navigate, and hard to analyze. It would be a great deal better if WakeMate overhauled this part of the app.

If you’re hoping this device will suddenly lead to pleasant mornings on which you spring out of bed singing songs from The Sound of Music and dancing around the bed, then you may be disappointed with it. That’s not to say it won’t happen — it just didn’t for me. 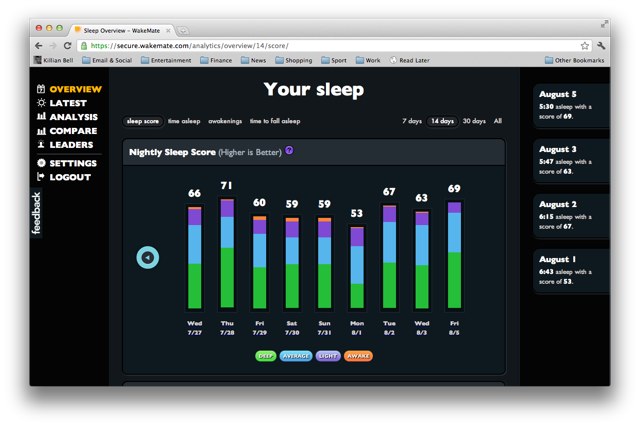 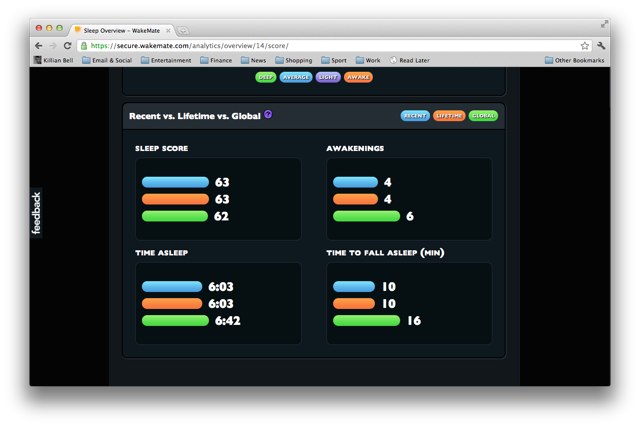 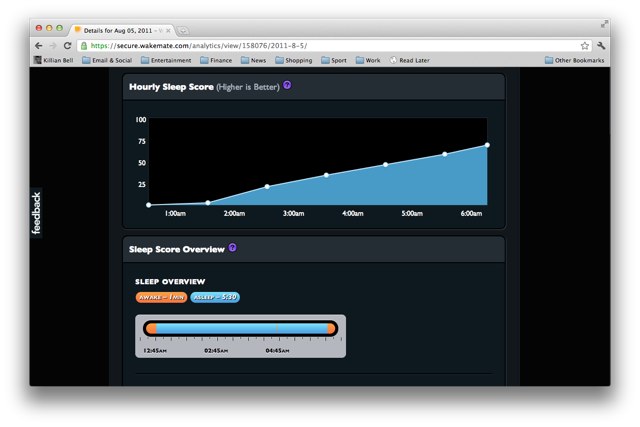 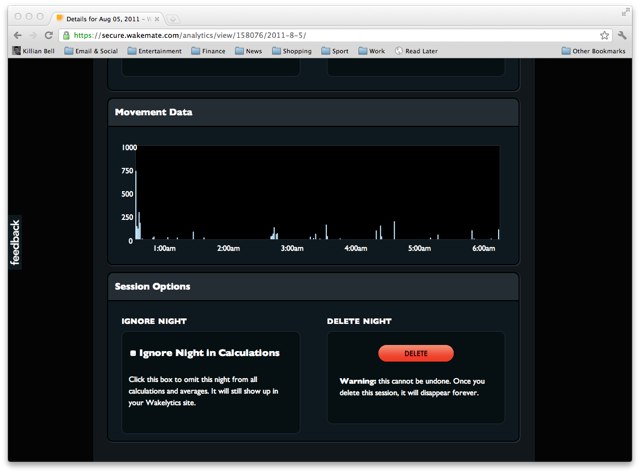 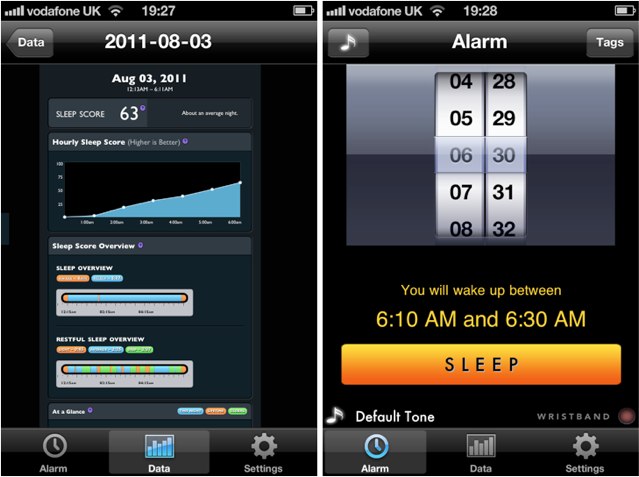 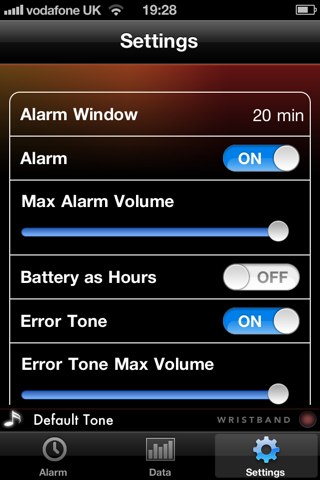