Sometimes all it takes is a little tweaking to turn a decent gadget into one that makes the corners of your mouth curl up in a grin every time it’s pulled out and powered up.

That’s exactly what happened with the Logitech Wireless Boombox for iPad ($150), a portable six-speakered dock based off Logitech’s S715i dock, which we reviewed earlier this year.

Logitech made two key changes to their most powerful portable speaker: they got rid of the remote; and more importantly, dropped the physical iPhone dock in favor of Bluetooth capability. Smart.

Hey, who needs a 30-pin connection anyway — it’s all about streaming now. The S715i required my iPhone/iPod to sit motionless in its 30-pin slot. But the Boombox’s Bluetooth connection untethered my iPhone from the box, allowing me to control the party from my iPod App (now the Music App in iOS 5), like Steve intended, rather than with the practically useless, rinky-dink remote the S715i came with. Also, the new Bluetooth capability allowed me to connect with my iPad — which I prefer to use as a DJ over my iPhone (feel free to disagree with me).

The dock paired with my iPad 2 easily enough — but what was impressive was the knack the Boombox’s had for quickly latching on to my iPad’s Bluetooth signal when I punched the dock’s power button.

The Boombox is one handsome gadget. There’re no weird design antics going on here — just a clean, uncluttered, swoopy shape that doesn’t try to make a fashion statement.

It’s also a shockingly amicable travel companion — just short and thin enough to tuck into an overnight bag. In fact, my eyebrows were constantly shooting up in surprise at the ability of the Boombox to fit into all sorts of bags.

The rechargeable battery held enough juice for about 5.5 hours of music before fading — not bad for a dock this size, especially one with a Bluetooth power drain to deal with.

Everything about the Boombox’s design is simple and clean. Just four buttons — power, Bluetooth and a pair of volume controls — populate the unit’s control center; a pair of LEDs clearly convey battery and Bluetooth connection status.

Two other minor upgrades from its predecessor: The Boombox has a sealed power/aux port, making it a little more expedition-capable, and the retractable kickstand at the back that props the dock up is now spring-loaded and extends with the press of a button.

Except for the method used to connect to an iDevice and the resulting cosmetic changes, the Boombox is the same dock as the S715i, and uses the same six speakers. this means the Boombox has the same shortcoming as the S715i — namely, a lack of bass oomph. And maybe because music with the Boombox is streamed via a Bluetooth connection instead of flowing through a 30-pin, the highs weren’t quite as crisp as they were on the S715i.

That doesn’t mean the Boombox is all convenience and no performance; in fact, the dock sounds pretty good — and it’s just the right package for going from hotel room, to home office, to bedroom, to campfire and back. But like the S715i, bass tends to overload its smallish speakers at higher volumes, so it won’t light up a party. Perhaps it shouldn’t be expected to, but the asking price for this travelling dock is just a wee bit steep to push its rating any higher.

Logitech has found the sweet-spot with this versatile, easy-everything dock; a perfect traveller’s companion. 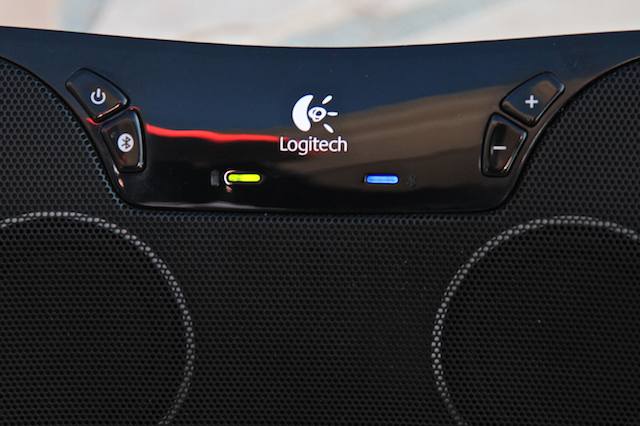 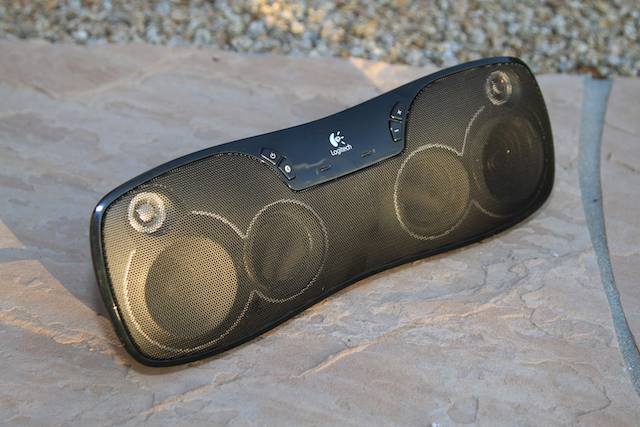 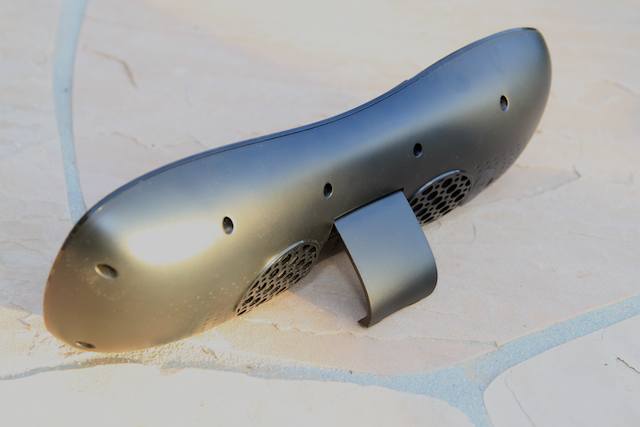 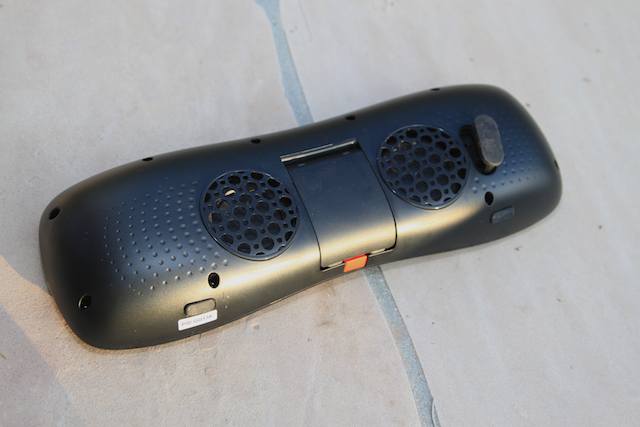