Disappointed that your iPhone 4 or iPhone 4S has just one SIM card slot? If you’re one the few that answered ‘yes’ to that question, then check out the Vooma Peel PG920 — a case for your new iPhone that not only features a backup battery, but also a second SIM card slot.

The biggest downside to the Vooma Peel PG920, other than its looks, is that is requires a jailbroken device to work. Those of you who are interested in jailbreaking will know that the iPhone 4S cannot currently be hacked, which makes the case compatible with the iPhone 4 only for the time being.

The device combines with the Vooma app — not available in the App Store — to add a secondary SIM card to your iPhone 4S, allowing you to quickly and easily switch between two SIMs when necessary. The application basically serves as an interface for the components inside the Vooma case. 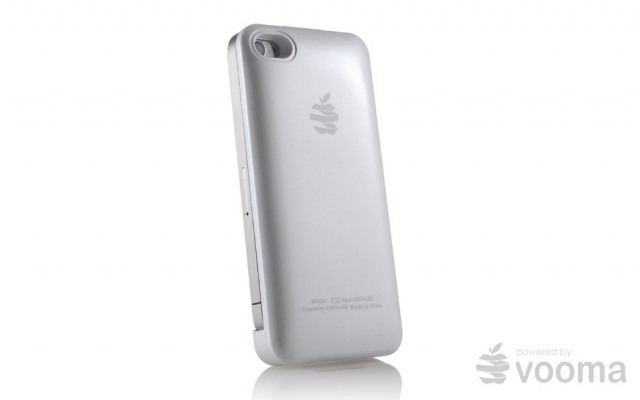 TechCrunch, which has already used the Vooma in its pre-release stage, believes the case has potential:

Once it’s set up the Peel PG92 works seamlessly and even uses a similar interface to Apple’s own dialer – although it’s clear that the programmers had to cut a few corners to get the look and feel correct. For example, the dialing screen is actually a bitmapped copy of the original dialer and the letters and numbers are slightly warped. However, all of the major functionality is recreated in the Vooma app.

There’s currently no word on the Vooma’s pricing or release date, but if you’re interested you can register for updates on the company’s website.