C3 Technologies was apparently working on more than just beautiful 3D mapping. The company was also focusing on making interior mapping a reality.

BrightSideOfTheNews reported about the company’s street imagery months ago:

C3 Technologies also has some incredible innovation cooking in the interior mapping department. 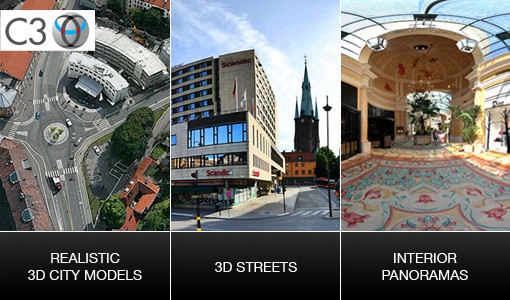 As well as increasing its geographic range, C3 is expanding into interior settings. With a special camera rig, they can also create a 3D model of the interior of a building using the same photo stitching they use with their aerial or street level maps. Businesses have to request C3 to come in and create such an inside map of their facilities, so don’t expect these 3D indoor maps to become ubiquitous anytime soon. Still, the technology is ready and available, so we’re bound to see at least a few examples in the months ahead.

There’s no direct evidence Apple will implement the interior aspect of C3 Technologies’ work in the future, but it’s interesting the company was working on the tech before Apple swooped in. Even if Apple were too roll out the interior stuff, they’d have to get businesses to opt in, which might be an uphill struggle… but if anyone can get people to agree to it, it’s Apple.

Google recently renewed its Maps partnership with Apple, so don’t expect the Maps app to drastically change for quite some time. However, it does look like exciting things are in the pipeline.