Back in 1978, an upstart young company named Apple Computer moved into their new headquarters at 10260 Bandley Drive, Cupertino CA. Known soon after as Bandley 1, one of Apple’s first employees, Chris Espinosa, sketched out a floormap of the offices and labs in the new building. A copy of this document was recently found and posted on his website, Posterous.

The building had four quadrants: Marketing/Admin, Engineering, Manufacturing, and a large empty space that we did not know what to do with when we moved in. That’s why it’s labeled “Tennis courts?” Needless to say that within two months it was our warehouse, and within six we had leased a building across the street and the one next door to expand into.

The “Advent” room was a demo space containing a $3000 projection TV they used to impress VIPs. According to a comment on the original posting, Steve Jobs had his own office because nobody wanted to share an office with him, and Mike Markkula had his own because he occasionally smoked cigarettes while at work.

I wonder how many Bandley 1-sized spaces would fit in Apple’s new mothership campus planned for Cupertino? Chris has provided a high res PDF copy of the floor plan available for downloading. 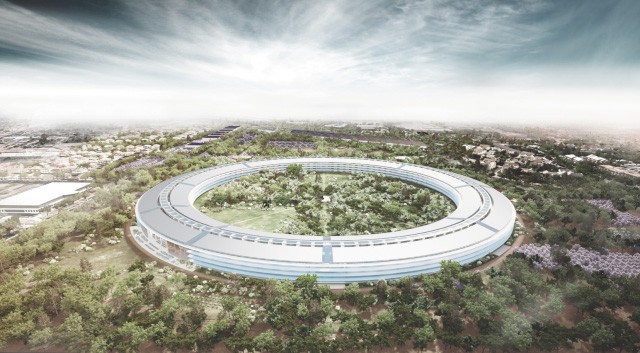