While Apple’s latest gadgets are a must-have for some, they’re not all that useful for iOS jailbreakers. The company’s new iPhone 4S, along with the iPad 2, cannot be jailbroken when running iOS 5. But thanks to the iPhone Dev-Team, it won’t be long before you’re using Cydia on them.

The iPhone Dev-Team’s MuscleNerd posted a screenshot to Twitter yesterday that showed Cydia running on a jailbroken iPhone 4S. Not only does the shot show Siri running on the device, but Cydia also recognizes the handset as an ‘iPhone4,1’ — confirming the device is Apple’s fifth-generation iPhone. 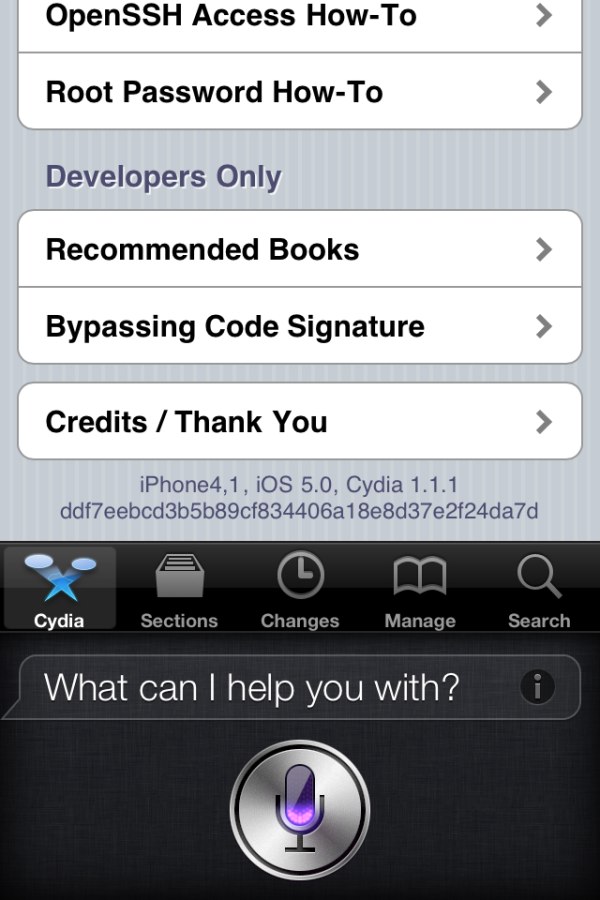 Continuing the good news, MuscleNerd then posted a video to YouTube (below) that shows an iPad 2 running both iOS 5 and Cydia. This is a first for Apple’s second-generation tablet. While there has already been a jailbreaking solution for the device — using the web-based JailbreakMe hack on iOS 4.3.3 — Apple quashed this with its latest firmware update.

This is awesome news for jailbreakers, and confirms that the Dev-Team is hard at work on a jailbreak for the latest devices running the latest firmware. However, MuscleNerd does state that this is a “very premliminary” solution and that there are “lots of hurdles left, [and] no ETA’s” for the hack’s public release.