No doubt, leather requires some sacrifice. Those who want their iPads wrapped with animal hide usually have to make do with considerably more bulk, less usability or less money in the bank account — or, most often, all three. But Sena’s new Florence iPad 2 case ($70) is a surprising exception.

There’s nothing to give up with this case; it offers all the prized features an iPad user might want in a classy case — with very, very little downside.

How about practicality? The Florence can be used just like Griffin’s IntelliCase and its ilk, thanks to a tab sewn into the case’s back. Just open the lid and slide it under the tab and the case transforms into a two-position stand. And of course, the lid is magnetized and activates/shuts off the iPad’s screen when opened/closed. Getting the iPad in and out of the case is pretty easy, as the iPad is held securely in place with a simple velcro tab.

Afraid your iPad will suddenly get too portly? Not with the Florence — it’s one of the slimmest leather iPad cases we’ve seen, and as slim as some plastic cases, thanks to a simple, uncluttered design.

The kicker is that it’s only about ten or fifteen bucks more than many other plastic cases that are similarly designed.

Sometimes the cutouts don’t line up quite as precisely as they do with something like Griffin’s IntelliCase, and a little shifting is in order; a very minor issue though. 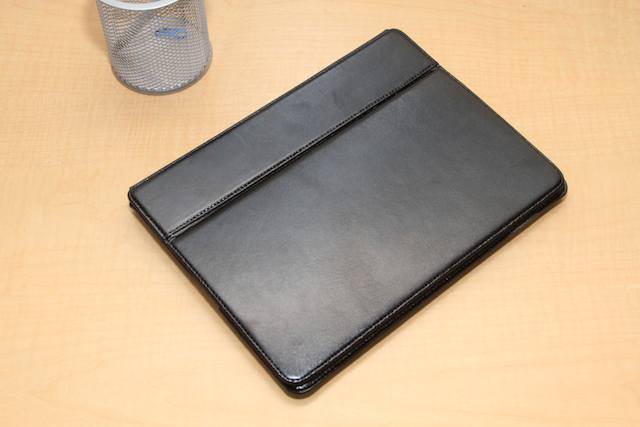 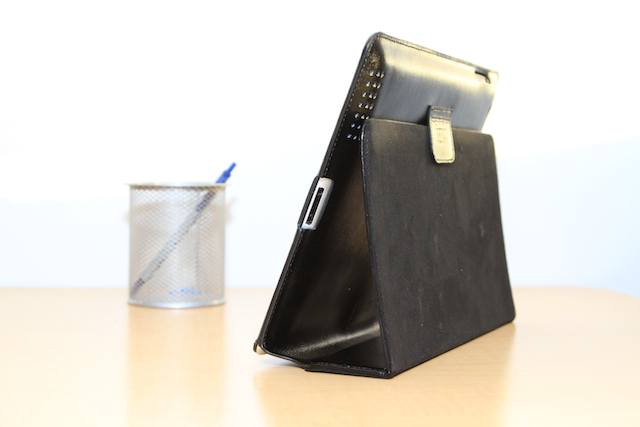 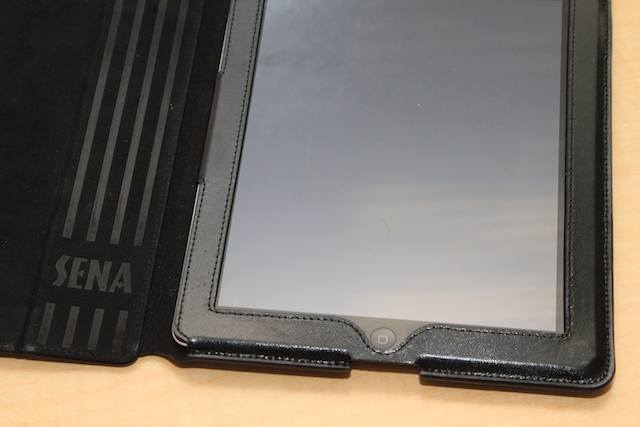