Not all of us on the Cult of Mac staff walk around with an Apple logo shaved into the back of our head. Actually, none of us do because we value our furs too much. However, there are a few hardcore Apple fans out there that represent the cult with pride. Example #1: As pictured above, this fan had not one, but two iconic Apple images shaved into his hair to commemorate Steve – the famous portrait, as well as the silhouette of Steve’s face inside the Apple logo.


Who knew the level of artistry that could exsist in a haircut? I’m baffled, and jealous, mostly because I’m bald. , but obviously he must be a pretty awesome dude.

Update: Turns out that the fan with the haircut is the brother of hair artists Johan Ruiz. Hailing from Warminster PA, Johan and his brother visited several Apple stores on October 16th in the Philadelphia area to pay tribute to Steve and his work. You can check out some of Johan Ruiz’s other work by visiting his Facebook Fan page 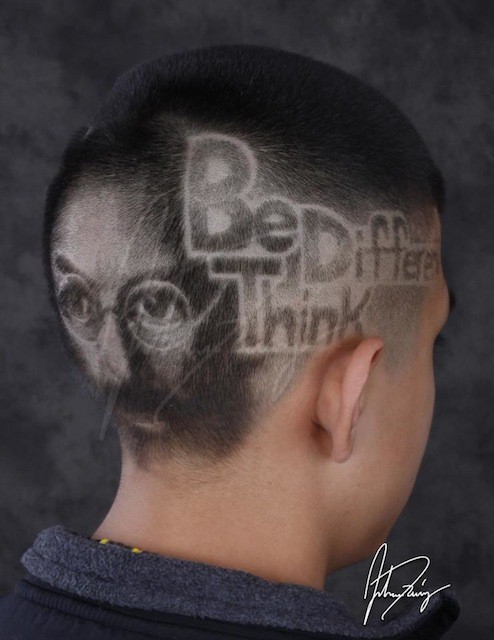 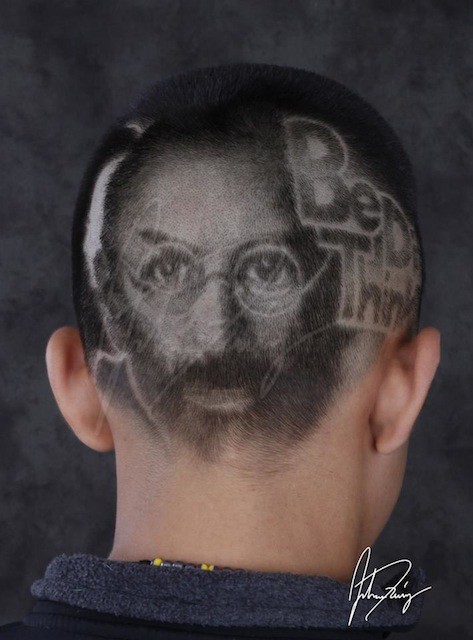