I went to bed last night and my Apple TV stated that the update was gong to take a whopping nine hours. I get up this morning only to find out that it wasn’t even close to being done or that it had even moved along any. It looked stuck. So I started over and guess what?!?!?! The time went from nine hours to an extra galactic 41 hours – I guess the download was coming from the Andromeda galaxy.

Here’s how to work around all this update drama and get the update done in under 15 minutes.

If you want to get your Apple TV updated to iOS 5 in under 15 minutes you’ll need the following: a computer running iTunes 10.5, a micro-USB cable, an internet connection  and your Apple TV. You won’t need the HDMI connection or the power cord for this fix. So toss them aside for the time being. 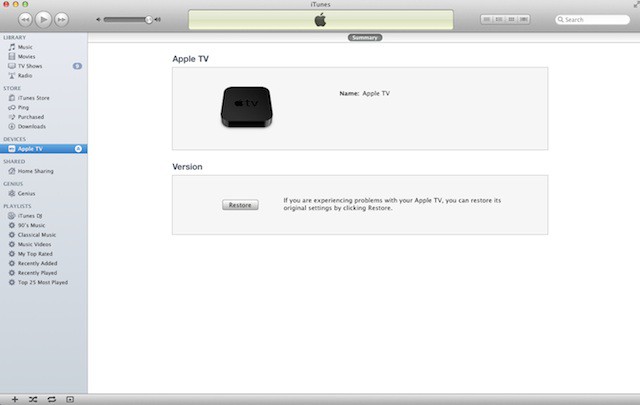 Locate the micro-USB port on the back of the Apple TV and plug your micro-USB cable into that end and the other end into your computer. The Apple TV should appear in iTunes. Once it does simply complete the only option available to you – Restore it. You’ll lose all your settings, but since there aren’t that many you can take a few minutes to reconfigure it later. 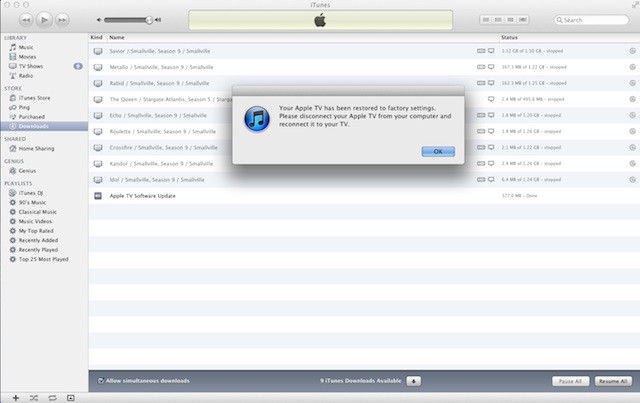 Bam! You can check your Apple TV firmware version which should be iOS 4.4 aka iOS 5.

Note: Your mileage may vary on the part here about this taking 15 minutes or less – it all depends on your internet connection and of course the condition of Apple’s servers.