The option to purchase additional content within iOS applications seems to have been plagued by an error for at least 10 hours now, with in-app purchases “failing in a big way,” according to one report. iOS developers who rely on the income they receive from in-app purchases are beginning to lose their patience with Apple.

Engadget reports that a number of iOS developers are suffering from the issue, which means no one can purchase content through their applications. The problem is believed to be connected to fake purchase receipts getting into the system, though this is yet to be confirmed.

One developer says the issues is “losing lots of sales” for apps that use receipt verification, and that the issues is “threatening to more-or-less take down the entire IAP ecosystem.” While other have turned to Twitter to vent their frustrations: 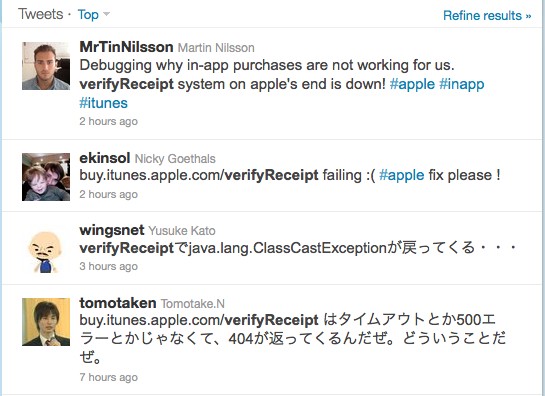 It sounds like it’s a pretty major issue for developers right now, and seeing as though Apple’s rules don’t allow them to sell their content outside of the Apple store, their loss of income will surely continue until Apple resolves the issue.

Are you a developer who has experienced problems with in-app purchasing? Let us know in the comments.