It’s been a long-standing rumor that Apple will introduce Nuance speech-to-text capabilities in the public release of iOS 5. Apple partnered with the vocal technology giant known as Nuance months ago, and the two have supposedly been meeting behind closed doors to get Android-like speech-to-text integrated into iOS 5.

While this Nuance technology has yet to reveal itself in the public beta of iOS 5, a well-known App Store app is already showcasing the feature blatantly to the public.

As The Next Web points out, the official Target app for iOS already features incredible speech-to-text capabilities that would be difficult for Apple to rival. Nuance apparently partnered with Target to offer speech-to-text conversion for the retailer’s iPhone and iPad app. 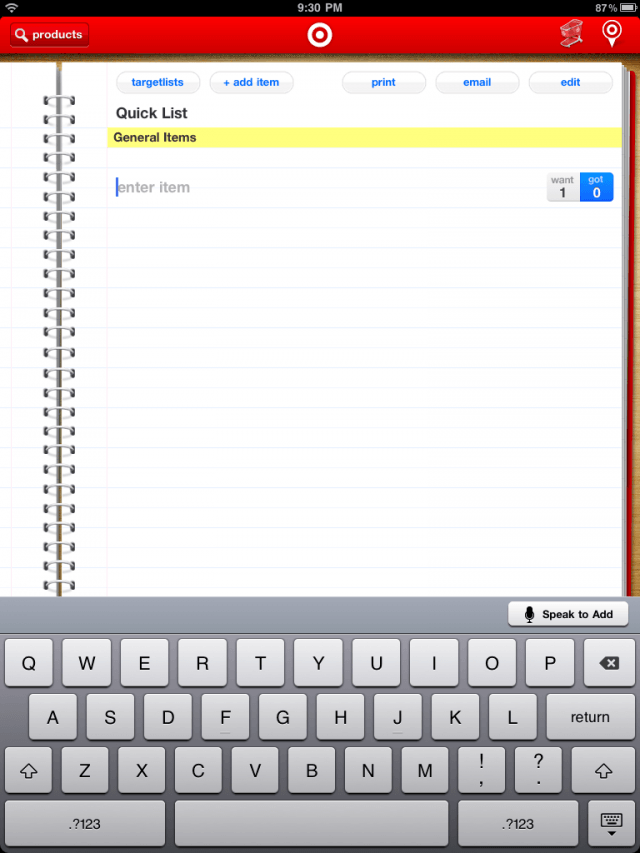 Target’s app is a good example because the speech-to-text feature is implemented right into the app’s keyboard. Whenever a keyboard appears in the app, you get a little microphone button right above the keys. Tapping the microphone will initiate Nuance’s speech-to-text technology. Just speak into your iPhone/iPad and watch the magic happen! 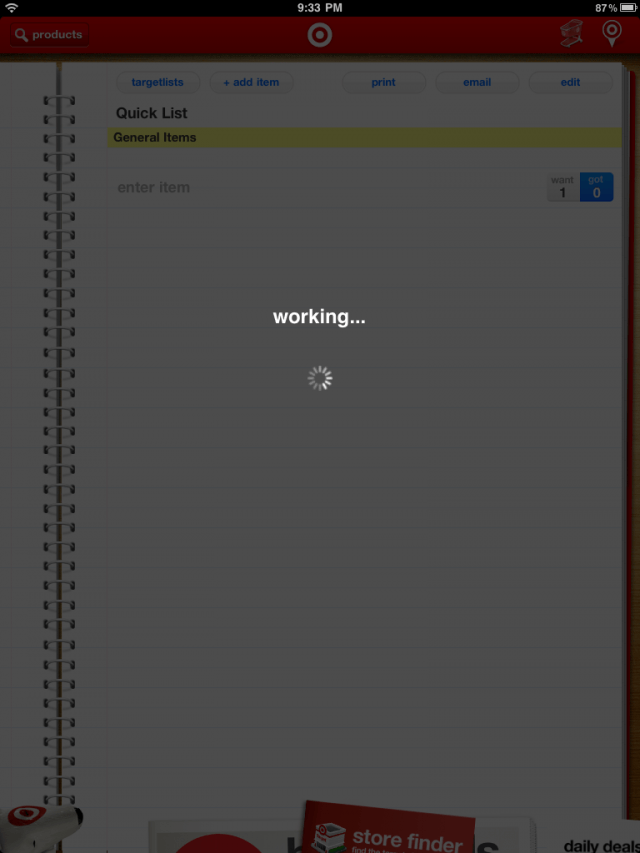 After a few seconds, you’ll get a chunk of text pasted into the app. The results are scarily accurate, and I found that the converted text was nearly 100% correct during testing. Nuance also powers other App Store apps that do speech-to-text, like Siri and the Dragon apps.

Nuance was originally supposed to have its speech-to-text feature demoed by Apple at WWDC during the iOS 5 preview. Perhaps bugs or other logistics needed ironing out first, and hopefully Apple has worked through all of the problems for a release next month. 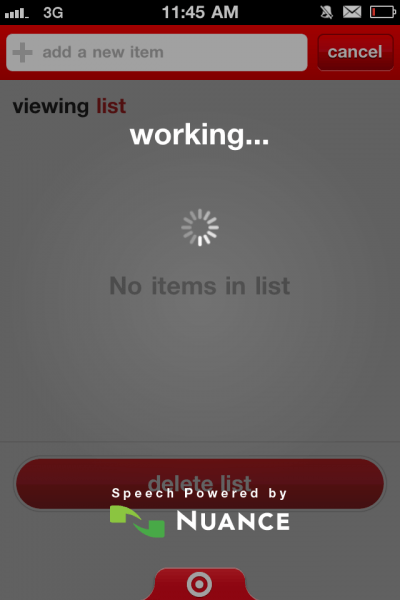 Leaked screenshots of Nuance speech-to-text in iOS 5 have also surfaced — apparently Apple has a secret build of iOS 5 that’s being internally tested.