The $299.99 Parrot AR.Drone can be used for more nefarious purposes than one would image. The RC helicopter is controlled by an iPhone app, and hackers have found a way to turn the Parrot AR.Drone into an aerial WiFi hacking device.

What’s the name of the network that makes all of this possible? You guessed it: SkyNET. 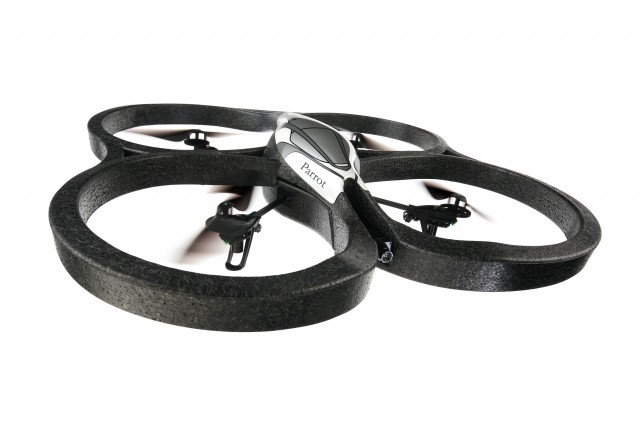 “The drones are programmed to scour an urban area and compromise wireless networks. Once compromised, the drone attacks the local hosts. When a host is compromised it joins both the Internet-facing botnet, and the sun-facing SkyNET. Subsequent drone ﬂights are used to issue command and control without ever linking the botmaster to the botnet via the Internet. Reverse engineering the botnet, or enumerating the bots, does not reveal the identity of the botmaster.”

If you don’t understand that hacking lingo, here’s what it basically means: A SkyNet-equipped Parrot AR.Drone flies around neighborhoods, looks for home WiFi networks that it can infiltrate, and then proceeds to plant a virus on the network’s connected computers. The infected machines then report to SkyNET, and the virus can’t be traced back to the true host, because all commands are being sent from a mindless drone hovering over your house.