Our friend Roger, the t-shirt designer from Brighton, U.K., has another Mac-related shirt for us to check out.

It’s a classic skull design, made with the keys from a pair of Apple keyboards. The white keys come from an extended white Mac keyboard; the black keys were taken from the original iMac (the one with the half sized F keys). Says Roger:

“I could say it depicts the obsolescence that all computer equipment faces, but really it’s just skulls make great tees! What Mac geek wouldn’t like to see a design featuring Mac keys, and only only closer inspection can you find the classic Apple command key.”

Hit the jump for a bigger picture of the skull — and the elusive command key.

You can find Roger’s skull tee here, available in a range of colors. 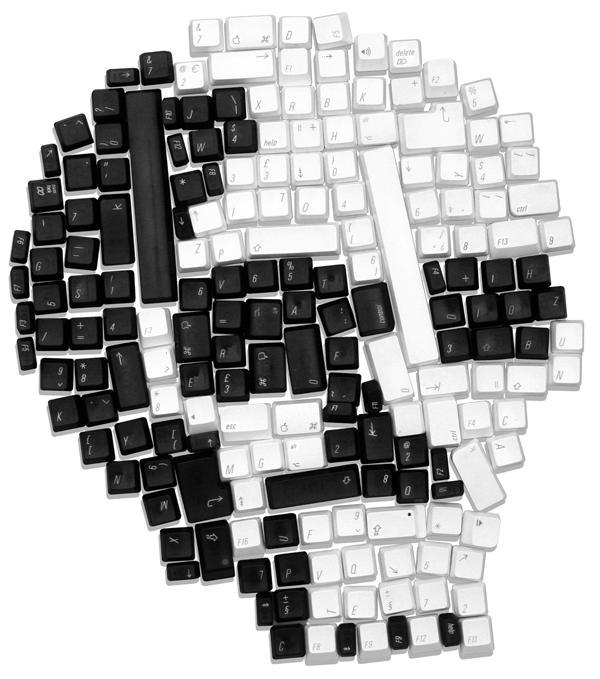