I’ve been yearning for someone to get this right ever since I wrapped my hands around an iPad 2: the perfect marriage of Smart Cover and back protection for the iPad. Damned if Griffin hasn’t just nailed it with their new IntelliCase ($60).

It’s a case on a diet — in this case (yes, pun intended!), full protection for the iPad comes with a negligible weight and mass penalty. The IntelliCase is remarkably thin and light, and apart from a hump on its back (more about that later), might give a fully protected iPad 2 about the same girth as the original iPad.

Why three segments instead of four? Because the IntelliCase’s cover doesn’t Origami itself into a triangle the same way the Smart Cover does in order to support the iPad 2. Instead, there’s a little raised slot at the back that the edge of the case fits into. This is a quicker, more secure system for securing the lid in order to prop up the iPad in either the sleepy or tall orientation — and is especially better for the latter, as the iPad sort of splays outward from the case in this position, giving it a larger base.

When handholding the iPad, the slotted cover creates a useful handle to hold the iPad with, making it easier to use and more stable. And when not in use, that raised bump at the back also makes for a perfect place to grab hold of the iPad.

It’s not the prettiest case, but it’s not ugly either; its understated black finish looks more-or-less professional, if austere.

Like I said, it’s no Charlize Theron. If you’re looking for a gorgeous case to turn heads with, this ain’t it — and its hump doesn’t help. Likewise, forget trying to get it in fancy colors like sea green or scarlet. Or any colors, really.

If the cover isn’t slotted into its place at the back, the cover will randomly turn on/off the iPad’s screen and just generally misbehave.

Griffin gets it right again — Lithe and fully protective, the IntelliCase is a perfect marriage of a better Smart Cover clone and a backing for the iPad 2. 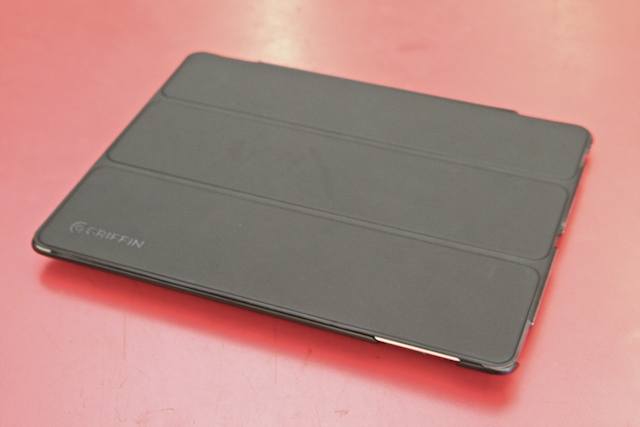 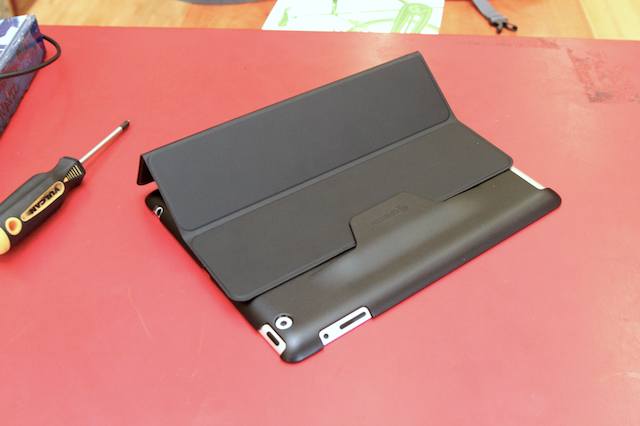 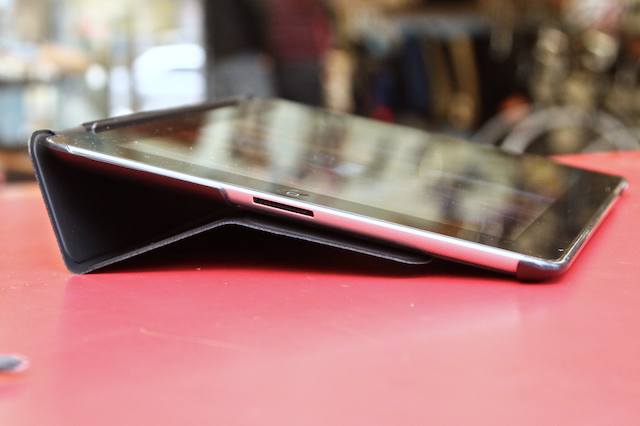