Several Apple stores in the U.K. are clearing their show floors in case of a fourth night of rioting.

Stores in Manchester, Liverpool and Kent have been emptied, while police have taken up a heavy presence on Regent Street, a popular shopping street and location of Apple’s biggest flagship store in the U.K. 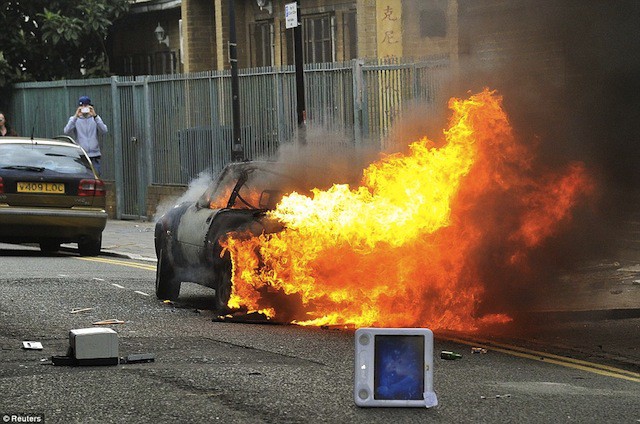 After a third night of rioting in the U.K., which spread from London to other towns in cities, retailers like Apple are taking precautions. This Reuters photo shows a car burning in Hackney, London, on Monday. 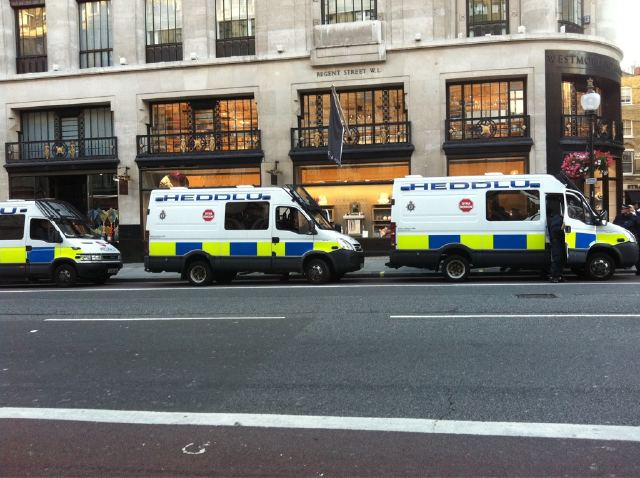 Welsh police are guarding stores along Regent Street, including the flagship Apple store, according to Twitter user lauraharmes, who just posted this picture to Twitter an hour ago. 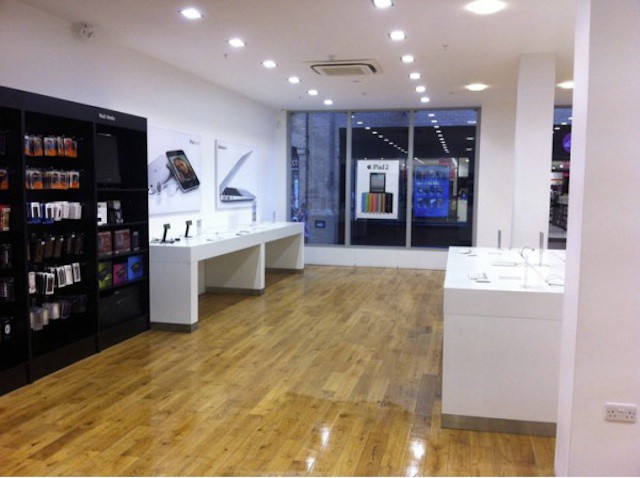 This Apple store in Canterbury, Kent, has been emptied, according to Apple Speak website. Several towns in Kent have been the scene of rioting.

The Apple store in the Liverpool One Shopping Centre has also been cleared on inventory, according to Twitter user Terry Allen. Its big glass street-level windows make it vulnerable to looters. 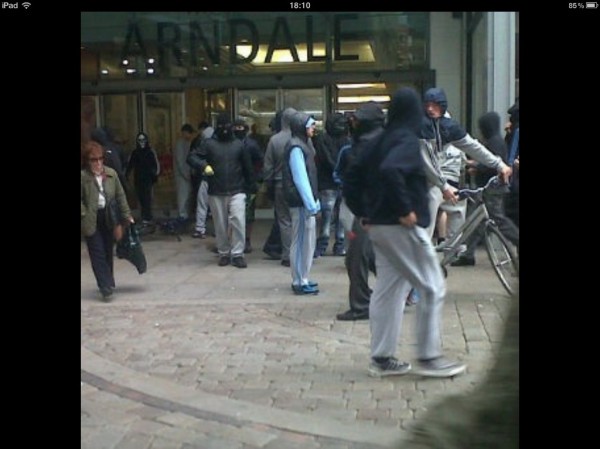 The Manchester Arndale store has also been emptied out in preparation for possible looting, according to Twitter user PB. This group of masked youths was just spotted outside the center, which is now on fire, according to reports on Twitter.

If anyone has images of emptied out Apple Stores, please let us know on Twitter.

Number of comments on this postLeave a comment
Posted in: News Tagged: Mac