Could this be the iPhone 5? The picture was posted to MacRumors’s forums, and was snapped at the office of a French cell phone company, according to the forum member who posted it.

Apple is rumored to have sent iPhone 5s to carriers for testing, and it certainly looks the part.

Picture taken yesterday in the office of a French operator.

Believe it or not….

Last week, another picture surfaced of the iPhone 5 on San Francisco’s public transit. But the picture was so blurry it was impossible to tell if it was the iPhone 5 or not.

This one is certainly a lot clearer. But is it genuine? 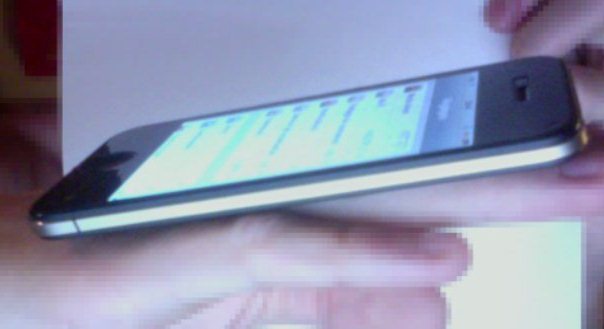