The Arctic P311 Bluetooth headset ($40) is an excellent option for those desiring a pair of über-comfortable Bluetooth stereo headphones without having to hock a family heirloom to afford them. My first impression, naturally, was that I probably wouldn’t get a top-performer for $40, so expectations weren’t high. But it was love at first listen when the P311s emerged from their packaging.

The P311s stream both calls and music, but are somewhat unusual in the stereo Bluetooth headset arena in that they’re compact on-the-ear ‘phones (instead of the more usual earbud, canalphone or over-the-ear cans).

From excellent ergonomics — a big plus since comfort has always been a major issue for my long and slightly misshapen head — to the surprisingly clear sound quality, there isn’t too much I can dislike about the Arctic P311’s. I love walking out the door with these guys; their ample loudness and 20-HOUR battery keeps me immersed in Eagles of Death Metal and conversations with my mom all day long. Did I say all day? I meant all week!

That’s right, I said it: A whopping 20 hours of music playback and 400 hours standby between charges gives the Arctic P311s genuine ol’-faithful-like reliability.

Arctic chose wisely against wasting resources on sleek lines and phony chrome accents, instead employing easy-to-use functionality and plush material. The cups even swivel and collapse neatly into their handy little protective case for safe traveling.

Mids and highs are crisp and clear, and there’s plenty of volume. The integrated amplifier has no problem powering the P311’s 28mm drivers.

As much as I like the P311s, there are a few shortcomings that require tweaking.

I experienced minor connectivity issues when on the go — phone tucked in a pants pocket — causing the familiar Bluetooth connectivity interruptions that sound like sound like a scratched CD, making conversation or listening to music more difficult. Of course, because Bluetooth signals weaken when your phone is pressed up against skin, things work fine with the my iPhone  in a shirt pocket or at least a pair of loose-fitting pants.

The microphone’s noise cancellation is mediocre at best, so having a conversation next to jackhammers or groups of teenagers might be difficult for people on the other end of the line. The P311s earcups do a good job of passively canceling noise and keeping incoming sound impressive and uninterrupted though.

My main grumble is about the unfortunate absence of bass. Sound quality is good, but the definite lack of low-range performance drops the rating a little.

I’m forced to give the Arctic P311 two thumbs up, an Academy Award, a Grammy, and whatever trophies I might have lying about, because they’re comfortable, reliable, and well-designed Bluetooth stereo headphones — especially for the money. However, I can’t quite award them the Nobel Prize because they do have some serious room for improvement in the basement. 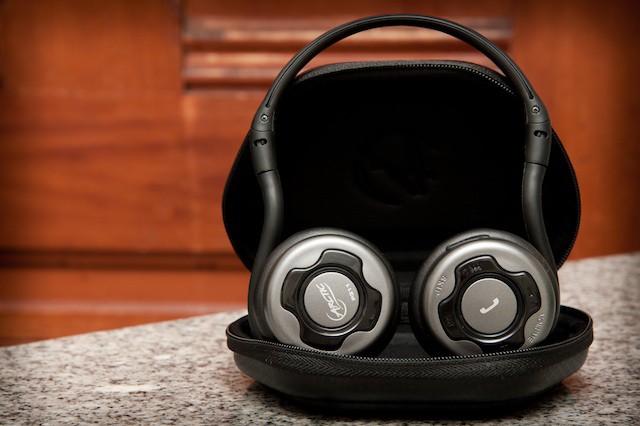 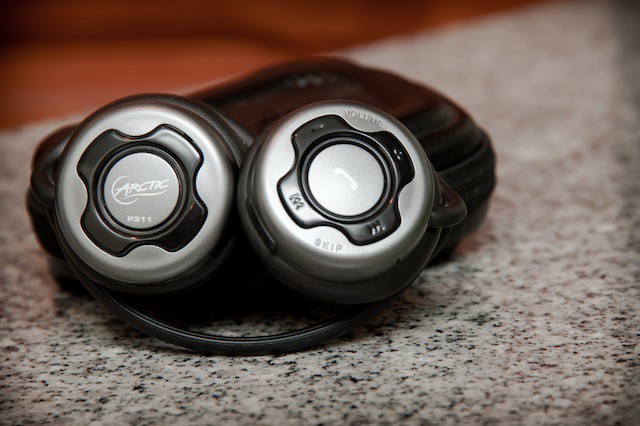 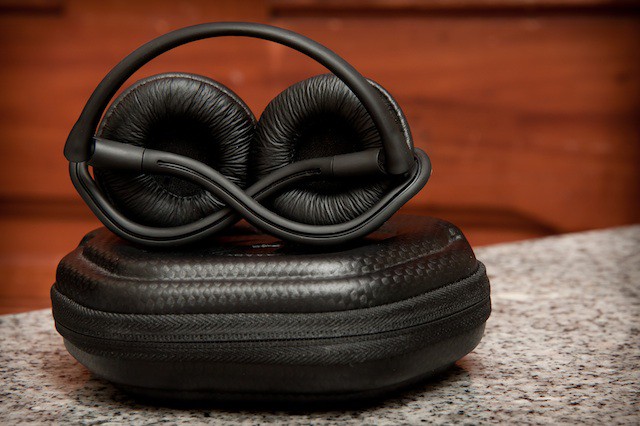