Shortly after Apple released the first beta of iOS 5 earlier this month, some users went hunting through its internals and found references to the next-generation iPad and iPhone. However, there was one thing missing — and that was any mention of a new iPod touch.

The news led some to believe that Apple may delay the launch of the fifth-generation device until 2012, but it seems those first perusing the iOS 5 files just didn’t look hard enough.

Initially, users could only find references to “iPod4,1” within the iOS 5 firmware, but one iFans forum member went digging a little deeper — finally discovering that there is indeed a mention for the “iPod4,2.” 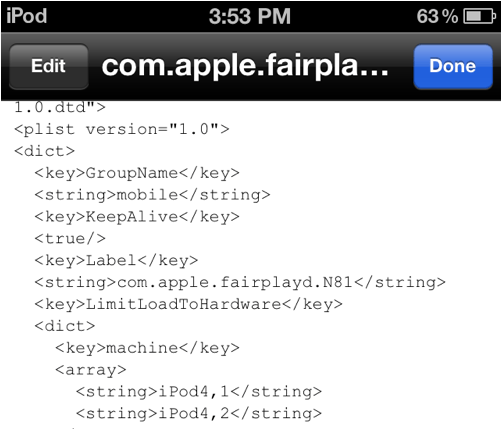 For those who are interested, this can be found within the “com.apple.fairplayd.N81.plist” file, located at /System/Library/LaunchDaemons/.

iFans does note, however, that the model identifier implies the next iPod touch will be merely an improvement upon the existing model, rather than a complete redesign.