So you’re a cutting edge, Post-PC consumer. You’ve bought into the Cloud, have all the latest apps on your iPad, and you work on the go. Just tweet this, email that, and print out an electronic boarding pass before you head to the airport.

Not so fast on that last step. There’s a tantalizing Print button in many iOS apps these days, but very few printers are usable without some extra work first. Unlike printing on the Mac or PC, AirPrint (the iOS-based printing system) is still not yet a fully realized solution. Fortunately, workarounds are available.

AirPrint was introduced with iOS 4.2 in November 2010, along with a small number of HP printers with built-in support. Use of existing older printers was supposed to be included in Mac OS X 10.6.5, but support for this feature was pulled at the last minute. This caused no small degree of consternation among both business and home users.

The delay largely involves how to support all the different features and modes of various printers, without specific configuration files (device drivers) for each. Eight months later the situation is largely unchanged, Apple hasn’t given any updates, and the only native AirPrint Enabled Printers available are still a small batch of HP models.

If you’re in the market for a new printer or have just purchased one of these HP units, this works fine. A client of mine owns one and has found it straightforward to print pages and photos from her iPad. The rest of us require other solutions. 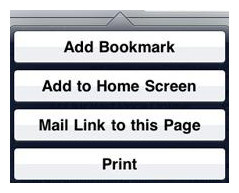 Mac-based solutions (and similar options for PCs) involve running an AirPrint-compatible print server on your computer. Typically a small utility installs and configures the service, and the Mac needs to be left running for the printer to appear on the network. This is similar to how printer sharing works between computers now. Here are a few options (not an exhaustive list).

Apple did not ship a supported version of AirPrint with Snow Leopard but they did include the unfinished drivers in the software, hidden and disabled. This provided an all-too-tempting opportunity for hackers, and indeed solutions appeared shortly thereafter.

AirPrint Activator (free) from Netputing is probably the most well-known, it activates existing AirPrint support in Mac OS X Snow Leopard (10.6.5 or higher). Once enabled just turn on Printer Sharing on your Mac and your printers will be available on your iDevice. The developer is working on a new version which doesn’t utilize Apple’s drivers and will support Lion as well as PowerPC Macs running Leopard.

Remember this is free and unsupported software. Business users may want to utilitize a supported option.

Printopia from eCamm ($19.99) is popular commercial software that uses proprietary code to avoid Apple’s drivers, and offers many additional options like Print to PDF (on your Mac) and Print to Dropbox. Printopia also supports PowerPC-based Macs and systems running Leopard through Lion, and installs as a System Preference pane.

FingerPrint from Collobos ($9.99) runs on Macs and PCs and works by modifying the Bonjour broadcasts of existing shared printers to make them appear to be AirPrint compatible. A control program runs on the computer, and DropBox integration is supported.

Mac-based solutions work well around your home or office but aren’t much help on the road. For the most versatility and the ability to print while traveling you’ll need to add printer support to your iDevice itself by downloading one (or more) printing apps.

Your printer manufacturer may offer an app (free) that works with your iPad or iPhone and their own network printers without requiring AirPrint support. Nearly all vendors do, including Brother, Canon, Epson, HP, Lexmark and Samsung. Some of these apps also support scanning, check the app store for details.

For more flexibility, PrintCentral from EuroSmartz ($8.99) is a popular utility that works with many brands of WiFi printers directly. It can support many more models via installation of the included WePrint software on your Mac or PC, and includes the ability to print to your own shared printers while away from home over your cellular carrier’s 3G, Edge or CDMA network.

ePrint by MicroTech ($2.99) is a similar program, which scans for Bonjour-shared printers on your LAN and support models from many (but not all) vendors. This program gets recommended often but has mixed reviews on the app store; like most of these solutions these utilities are ideal for some users and inadequate for others. A bit of trial and error should be anticipated.

If none of that works… well, there’s always the photocopier!