This week’s roundup of must-have games kicks off with the Nintendo DS classic Zookeeper — a vivid and engaging puzzle game in which your mission is to capture the animals and become the world’s best zookeeper. There’s more puzzle fun in Feevo HD, which boasts Bejeweled-like match gameplay from the makers of Tetris Online; and Bunny Shooter will be a huge hit with Angry Birds fans thanks to its physics-based bunny assassination with a bow & arrow. 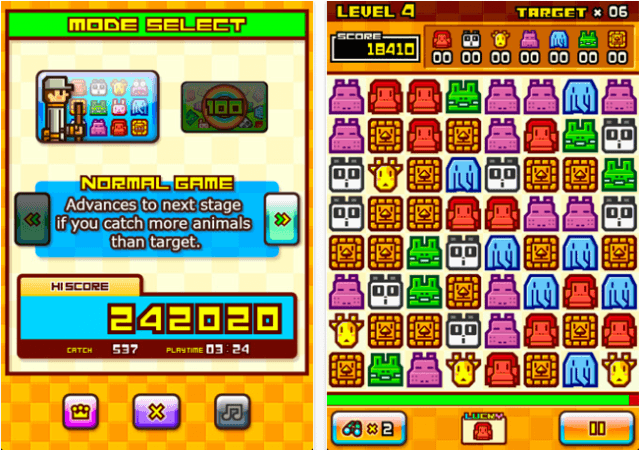 Finally available on iOS, Zookeeper DX is a classic arcade puzzle game that originally launched in 1982 and later became a hit on the Nintendo DS. The object of the game is simple: match the panels by lining up three or more equivalents to catch the animals featured within them. Earn enough points before the time runs out to advance to the next level in the normal game, or play ‘Tokoton’ mode for endless gameplay in which you must match 100 tiles to advance. Game Center is integrated and allows you to compete for the high score and be the best zookeeper worldwide. 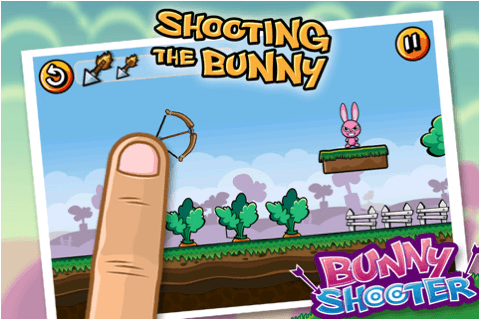 Bunny Shooter boasts a similar physics-based gameplay mechanic to that of Angry Bird, but rather than a bird-shooting catapult, your weapon is a bow & arrow. Take aim at endearing pink bunny rabbits and try to take out each and every one with the arrows you are assigned in each level. Game Center leaderboards are built-in, and you can compete with friends by posting your highest scores to Facebook and Twitter. 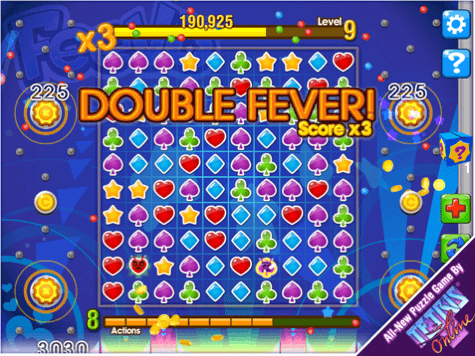 From the creators of Tetris Online comes Feevo HD — a new smash-hit puzzle title which is rapidly stealing the limelight from Bejeweled Blitz on Facebook. Like Bejeweled the aim of the game is to clear the pieces on the game board by matching four or more equivalent shapes before the time runs out. There are two frantic game modes, both with unique power-ups that will maximise your high score; and Facebook & Game Center integration for competing with other players online. Receive one million Feevo coins when you download the game, worth $12.

Based on the bestselling console game from Dice, Battlefield: Bad Company 2 brings intense modern warfare to the jungle, snow, and desert in close-quarter combat; and in the air with state of the art vehicular combat. Initially a huge hit on the iPhone, Electronic Arts has finally brought this awesome first-person shooter to the iPad. Take on 14 single-player missions across 5 incredibly detailed battle zones, wreak havoc on enemy forces with a plethora of powerful weapons and vehicles. Engage in 6-player online combat across dedicated maps in free-for-all and squad deathmatch, and choose from 3 different control systems to suit your gameplay style. Grab it now while it’s on sale!