It’s a dark linen motif, and it’s used in several places in the Lion and iOS 5. We got  sneak peek of this color scheme during Steve Jobs’ presentation at WWDC. Now it has been rolled out to developers, and soon to the public. Who’s excited?

Here’s screenshots of some other new stuff in the update (Build number 11A494A). Lion is shaping up nicely: 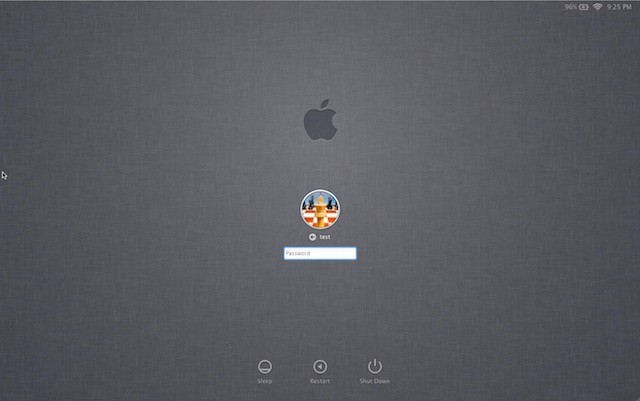 Here’s the login screen again showing a single user account. There’s a small arrow in the password box that brings up the password hint when clicked. Note the battery indicator, WiFi signal strength and time in the upper right corner. Clicking the clock cycles through the computer name, IP address and current build. 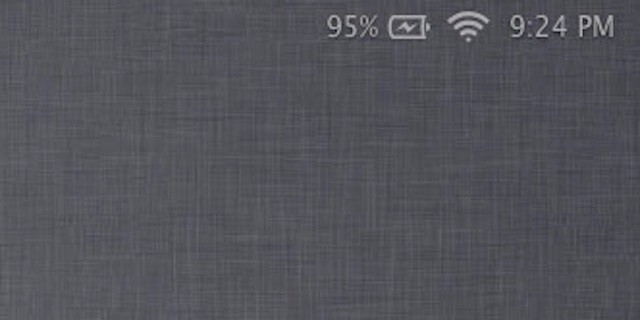 Here is the battery indicator, WiFi and time in more detail.

The graphics glitches that plagued the startup screen have now been fixed, according to reports. 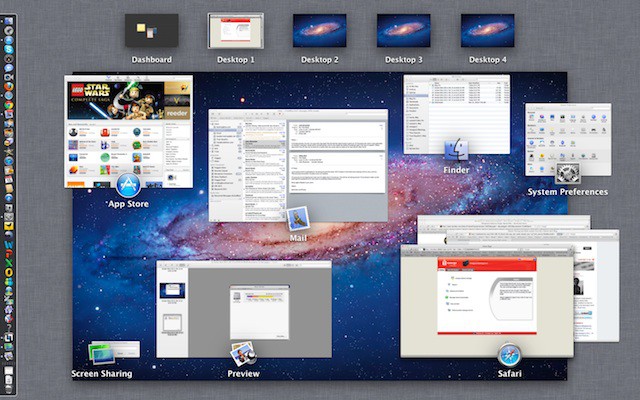 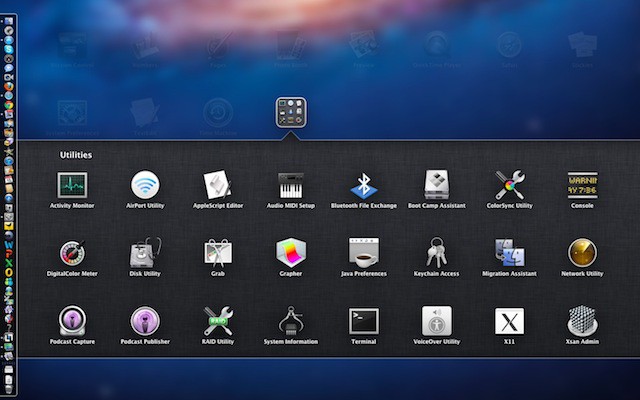 And here is dark linen again, as the folder background in Launchpad. 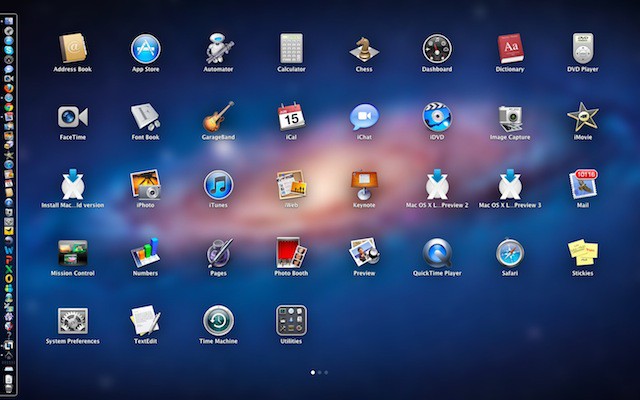 Earlier versions of the Lion beta suffered from missing icons in Launchpad, which has now been fixed. 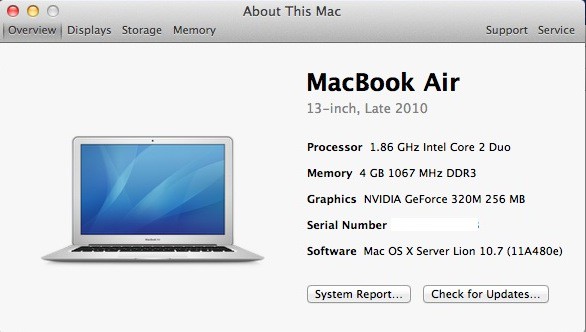 The “About This Mac” box has a slightly modified look. Instead of icons there are now just the words: “Displays,” “Storage,” etc. Here is what the old one looks like. 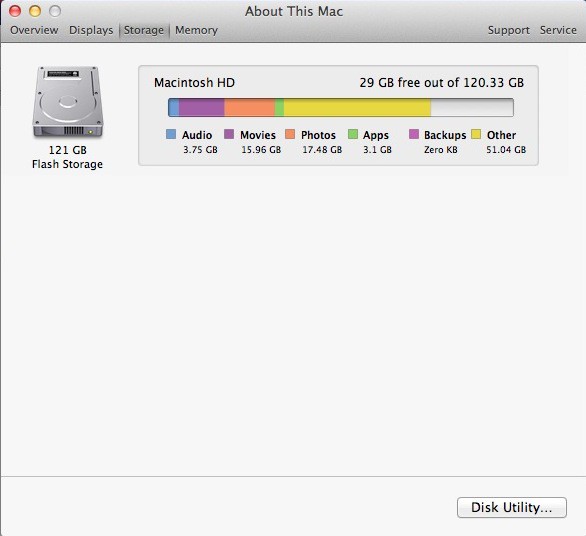 And here is the Storage screen showing current usage of the hard drive (or SSD in this case). There’s a handy link to Disk Utility.

The icons in previous versions of Mail were a little cryptic. A paper airplane to mean send? A new option allows them to show both text and icon. The Mail database has also been updated. 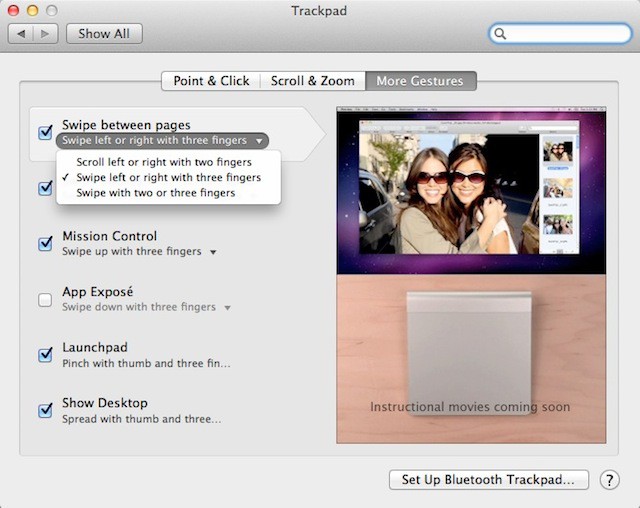 As well as new features, there are new bugs. Two-finger swiping to go back a page in Safari no longer works. However, there is a workaround: Go to System Preferences>Trackpad>More Gestures. Hit the “Swipe between pages” menu and select “Swipe left or right with three fingers.” Voila — it works!

This may not be new but I just noticed it. The Downloads button in Safari includes a blue status bar. 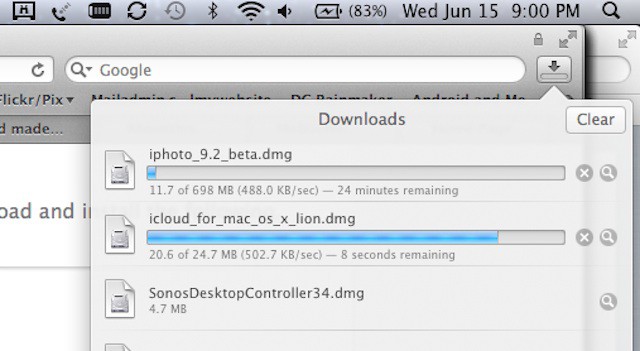 And here is what the Downloads drop-down looks like.