In the last few years a kind of cat and mouse game has evolved between Apple Legal and some of the more daring (and creative) members of the Cult of Apple: tempting fate by selling Steve Jobs collectibles, and risking the wrath of Apple. How long before your Cease & Desist letter arrives?

Here are some of the more popular items created in the past few years. 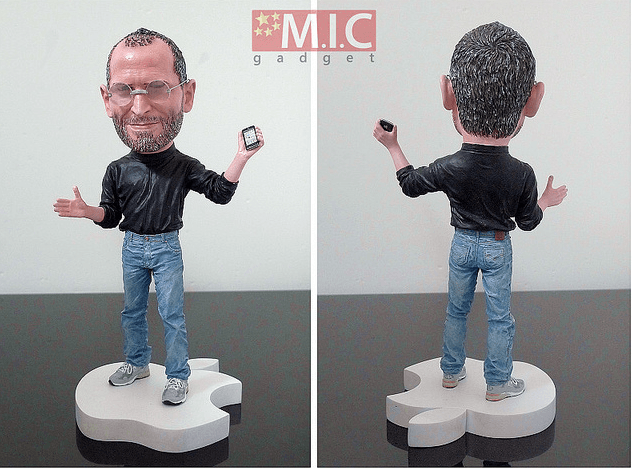 Perhaps the best known is a bobblehead Steve Jobs figurine standing on a Apple shaped base. Created by M.I.C. Gadget (a repeat risk taker), this soon-to-be-eBay-only find lasted just a short while on the market before they were ordered to stop selling the item because the base infringed on Apple’s logo. A followup version of Ninja Steve tried to skirt that issue by redesigning the base and replacing the iPhone with ninja stars, but that also didn’t last long. 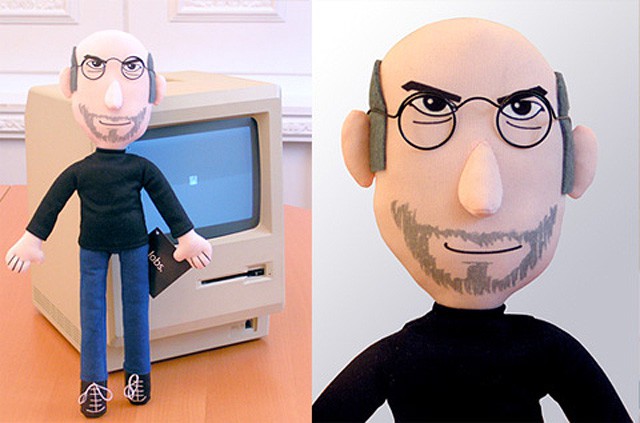 This Plush Steve Jobs doll came out back in 2009. Standing 17″ tall and sporting the requisite black mock turtleneck and an Evil Genius grin, Steve is shown here holding the Book of Jobs. Only 500 pieces were made, the doll sold out quickly and the original vendor, PodBrix, can no longer be found online.

Plush Steve Jobs made the rounds, and even danced with iJustine on the beach… 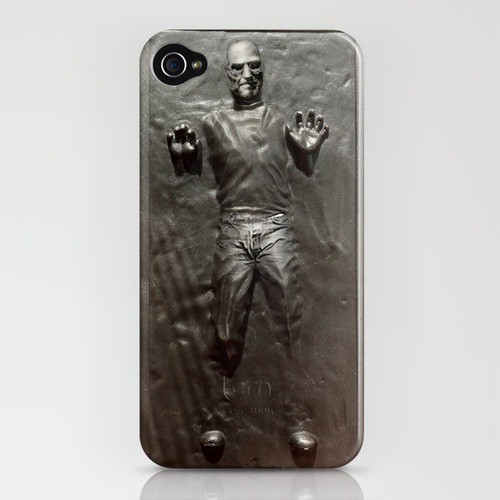 The Steve Jobs in Carbonite iPhone case is a 2011 phenomenon. Designed by Studio Burb and sold via Society6, this Star Wars related item for iPhone 4 and 3G/3Gs lasted just a few weeks before Apple’s Cease & Desist letter arrived. Originally $35, cases quickly fetched up to $150 on eBay.

Have they no sense of humor…? 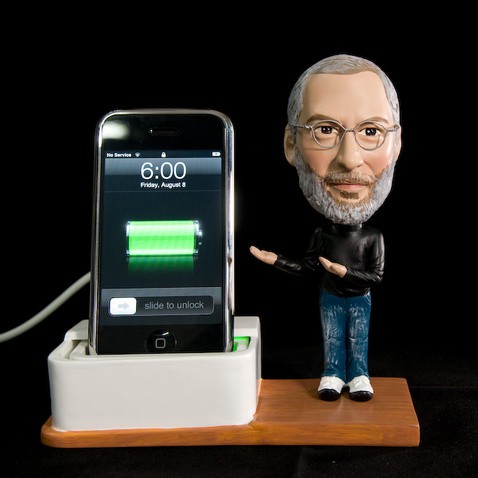 Here we get another collectible that’s also functional – the Steve Jobs Bobblehead iPhone Charger. Back in 2008 MII Scultpures created this version of Proud Papa watching his baby getting rejuvinated. The rear of the dock has a USB connector plus audio and video outputs. Steve looks professorial.

iPhone docks are kind of passé, but I’d snap this item up for my collection if it was available. 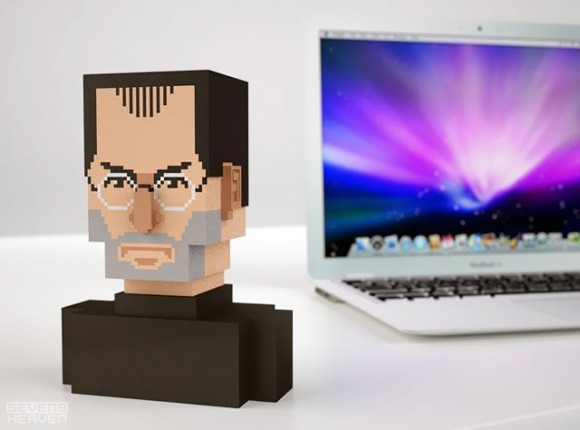 Prefer a more blocky style collectible on your desk? Then this Steve Jobs Bust may be your thing. In 2010 Dutch design studio Sevensheaven created a 3D printable Steve Jobs companion, which is (surprisingly) still available from Shapeways for $125. A Woz version (somewhat wider) is also offered.

I think every office needs its own Steve Jobs doll (shown here keeping watch at 37signals in Chicago). Who will next tempt fate and challenge Apple Legal? 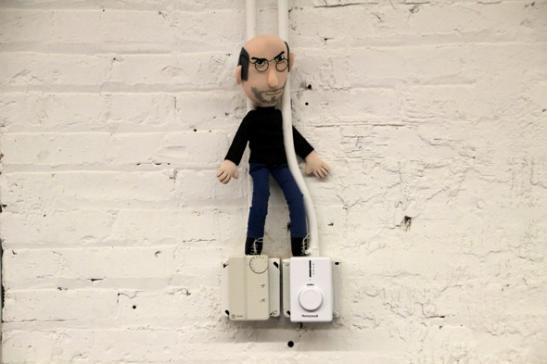 Image: Dan Frommer, Business Insider
Number of comments on this postLeave a comment